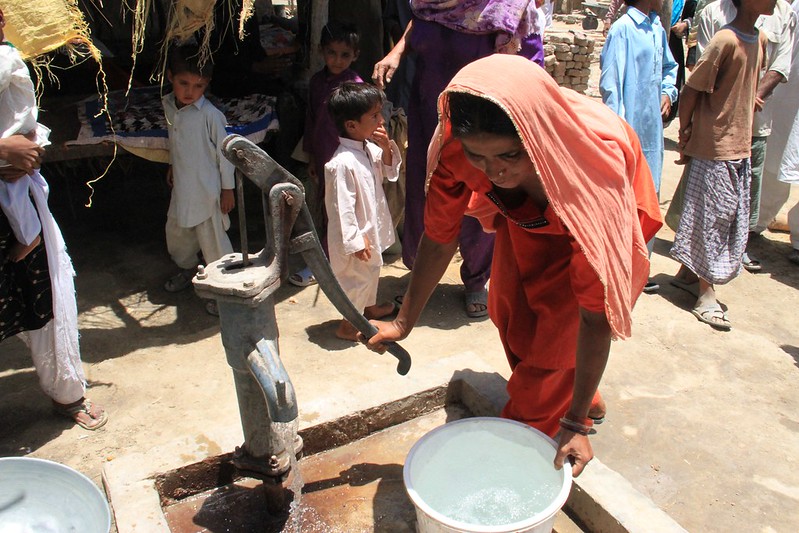 Water is a necessity to any living being and yet some countries struggle immensely with it. One such country is Pakistan. Pakistan’s water crisis and sanitation issues have lasted more than 15 years. Pakistan has reached a level where it has less than 1,000 cubic meters of water per person and could potentially run out of water entirely within five years. Fortunately, there are several organizations that are working to solve Pakistan’s water crisis.

Change the World of One

The project was a success with the installation of around 10 hand and electric pumps as well as two handwashing stations and latrines. While the work focused mostly on one village, one cannot ignore the outcome of the Pakistan Clean Water Project, especially considering what the project brought to light as possible.

Paani Project is one of the newest organizations working in Pakistan to address its water crisis. The project’s method centers around creating outside-of-the-box solutions to public health problems, donations and creating what they call a “movement.”

Donations and direct action are important for Paani Project as they are for any NGO. This is especially critical considering the costs of developing water pumps and systems. Paani Project recognizes that through their own actions, Pakistan’s water crisis can be tackled day by day.

Charity: Water has recognized the link between poverty and a lack of clean water in many countries, including Pakistan. The organization is almost entirely transparent with its projects, donations and direct goal of providing clean drinking water on their company website. Its work in Pakistan has provided a significant number of people with water and essential resources. Since 2013, Charity: Water has funded approximately 320 projects and helped around 35,458 people by drilling wells.

USAID, an organization dedicated to giving aid to foreign countries, has a current four-year plan to aid Pakistan’s water crisis. The Sustainable Water Partnership works to establish water security in Pakistan, which will improve other aspects of life such as public health, economic gains and ecosystems.

This is not its only dive into tackling Pakistan’s water crisis. It also implemented the Pakistan Safe Drinking Water and Hygiene Promotion Project that ran for approximately four years to implement better management of water, improve hygiene and better the technical aspects of water treatment, all of which was able to cover 31 districts in Pakistan in the program’s first phase.