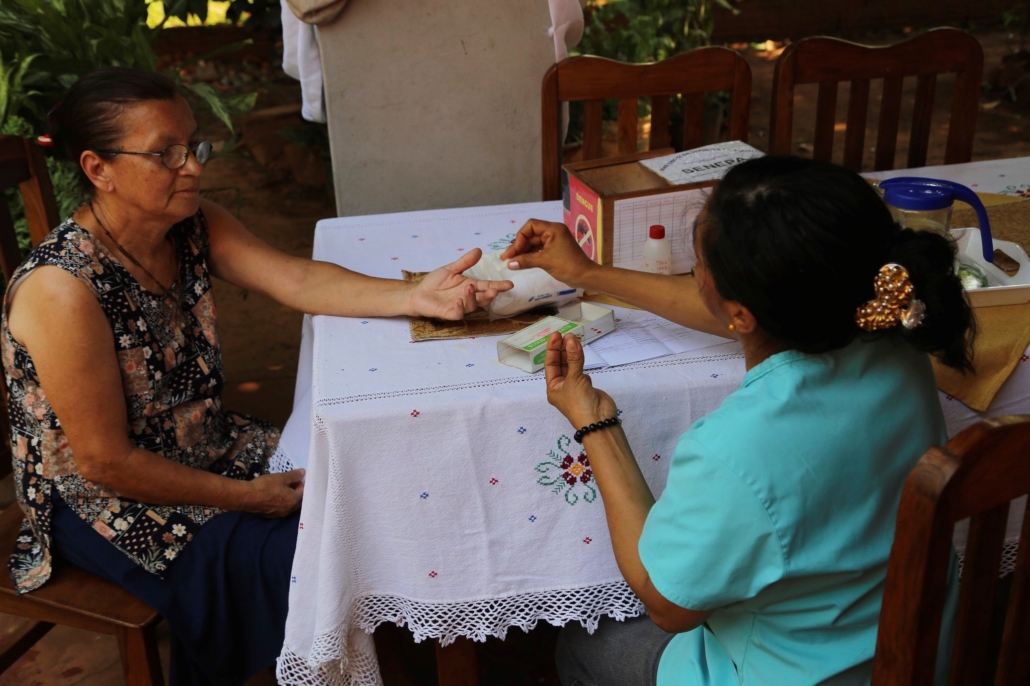 The Pan American Health Organization (PAHO) and World Health Organization (WHO) have initiatives in place to help eradicate malaria with hopes that malaria will be eliminated by 2030. Five initiatives to eliminate malaria are Municipalities for Zero Malaria, Malaria Champions of the Americas, Global Technical Strategy for Malaria, Millennium Development Goal 6, Rapid Access Expansion Program (RAcE) and the Global Malaria Program. It is estimated that half the world’s population, 108 million, is at risk for malaria.

Municipalities for Zero Malaria is a newly launched initiative by PAHO arriving on World Malaria Day, April 25, 2019. This initiative is focused on the Americas and its struggles and triumphs with malaria. Recent research has found that malaria in 19 countries exists in 25 municipalities. These 25 municipalities hold 50 percent of all cases of malaria in the Americas. This new initiative will focus on the empowerment of communities and addressing malaria at a local level. Local level measures allow for earlier access to diagnosis and treatment for malaria patients as well as raising awareness of seeking health care treatment. According to Dr. Marcos Espinal, the goals and keys for the success of the Municipalities for Zero Malaria are that “Organizations, citizens and local government authorities must be engaged in developing key interventions for malaria elimination at a municipality level if we are to ensure that no one gets left behind.” This initiative will be a part of the current program, Malaria Champions of Americas.

Malaria Champions of the Americas

Malaria Champions of the Americas started in 2009 and honors countries that have the best practices for eliminating malaria. This organization is a platform to continue to promote good news about malaria and the ongoing fight to eliminate it. The organization chooses and nominates municipalities based on efforts to eliminate malaria. This year, Malaria Champions of the Americas hopes that the new initiative, Municipalities for Zero Malaria, will spark new growth at local level prevention and eradication of malaria. Over the past 11 years, these great initiatives made an effort to eliminate malaria:

The World Health Organization has three initiatives currently in motion. WHO’s Global Malaria Program is an overarching program that guides all of WHO’s initiatives and publishes a yearly malaria world report. As of 2017, incidence rates have dropped from “72 to 58 per 1000 population at risk” and deaths declined from 607,000 in 2010 to 435,000 in 2017. Currently, 46 countries have equal to or less than 10,000 cases of malaria.

The Global Technical Strategy for Malaria is a longterm initiative that will run from 2016 until 2030. The goal is to reduce case incidence and mortality rates by 90 percent, eliminate malaria in more than 35 countries and prevent the revitalization of malaria in areas it no longer exists. The program is primarily to help guide and support regional programs with the elimination and prevention of malaria.

Rapid Access Expansion Program (RAcE) concentrates on five endemic countries, Democratic Republic of Congo, Malawi, Mozambique, Niger and Nigeria, through an integrated community case management (iCCM) program. Each country has a corresponding organization partner to help obtain the goals of RAcE. The objectives of RAcE are to reduce the mortality rates, increase the access to diagnosis, treatment and referral services, meet the Millennium Development Goal 6 and provide evidence and support to WHO policymakers on iCCM. RAcE’s results have been successful with “over 8.2 million children under 5 were diagnosed and treated for malaria, pneumonia, and diarrhea from 2013-2017.” The program also trained 8,420 health care workers to deliver these services to communities.

The Millennium Development Goal 6 has achieved its goal with a 37 percent decrease in cases of malaria over 15 years. Estimates determine that malaria-ridden countries avoided about 6.2 million deaths between 2000 and 2015 due to the initiatives to eliminate malaria.