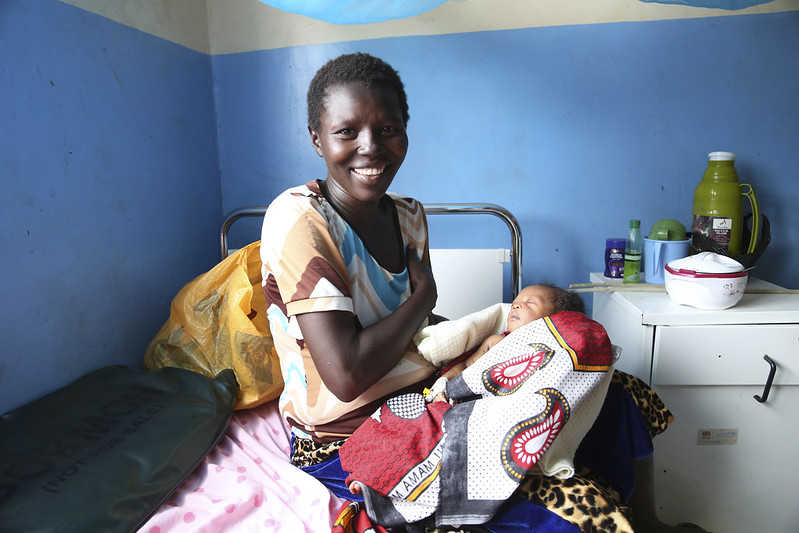 Maternal mortality refers to the death of a pregnant woman or any woman who has died within a year of giving birth due to a pregnancy-related issue. About 99% of these deaths happen in underdeveloped countries. In the United States, the maternal mortality rate is approximately 17 deaths per every 100,000 live births. In South Sudan, which is an active war zone, an estimated 400,000 people have died since 2013, that number reaches 1150 deaths for every 100,000 live births. Organizations ending maternal mortality are doing vital work to lower these numbers in developing countries. From providing medicine and clean settings for mothers to give birth to training midwives, these organizations are saving lives.

In 1971, 13 French doctors and journalists founded Medecins Sans Frontieres, commonly known around in English as Doctors Without Borders. Their goal in founding the organization was to be able to cross borders to get to patients in need of medical help. At the time, doctors often couldn’t reach victims of war and natural disasters. Developing governments were unstable and hesitant to allow government-sanctioned doctors from foreign countries into their lands.

At the Domiz refugee camp in Northern Iraq, MSF has set up a special clinic where mothers can receive medical care before, during and after giving birth. Where mothers once had no choice but to give birth on the dirt floors of their tents, they now have a clean environment with ample access to medicine and professional help. As of 2018, MSF provided assistance in more than 3,400 births and given more than 27,400 consultations from the clinic.

MSF responds to the “three delays.” These are potentially deadly delays in deciding to seek care, delays in reaching a healthcare facility and delays in receiving proper care at the facility. According to its website, MSF assisted in 1.1 million births from 2013-2017, including 107,000 cesarean sections. From 2008-2015, 56% of the C-sections MSF performed took place in active conflict settings. Wars and conflict make it even more difficult to get medicine and care for mothers who need it.

MSF helps locate services and connect them with patients. In areas where there are fewer resources, they send mobile clinics to provide care and move patients to hospitals if needed. The organization also provides treatment and care to pregnant mothers fighting infections such as malaria and cholera. Pregnancies affected by infectious diseases are more likely to end in stillborn babies, amid a host of other complications that can put both mother and child at risk.

The International Federation of Gynecology and Obstetrics (FIGO)

FIGO held its first meeting on July 26, 1954, where founding member Professor Hubert de Watteville presented the organization’s mission. Among other things, the mission statement lists “to further the attainment, by all appropriate means, of a higher level of physical and mental health of women, mothers and their children” as one of the organization’s goals. A significant part of this is treating complications that arise in pregnancy and the birthing process.

Postpartum hemorrhaging (PPH) is the leading cause of maternal mortality in most countries. FIGO’s Save the Mothers initiative works specifically to fight PPH. Even the most severe PPH can receive effective treatment. One option to treat PPH is a hormone called oxytocin. If a mother is still bleeding significantly after giving birth, doctors can use oxytocin to help the muscles contract. This helps the body stop the bleeding on its own. However, oxytocin needs to be kept cold, usually at 2 to 7 degrees Celsius depending on the manufacturer. This can make it even more difficult to get it to mothers in hot, humid climates.

FIGO has pushed for the use of a new, more heat-stable drug to treat PPH. It’s called carbetocin, and it doesn’t need to be kept in the cold. Doctors have also found that carbetocin is more effective than oxytocin in treating PPH. Carbetocin is just one of many tools at a doctor’s disposal as they treat dying mothers. FIGO is currently focusing its work on carbetocin in Kenya and India.

There is no denying that the number of mothers lost each year to preventable deaths is far too high. But there are organizations ending maternal mortality. With the work they do, the lives of countless mothers and children can be saved.