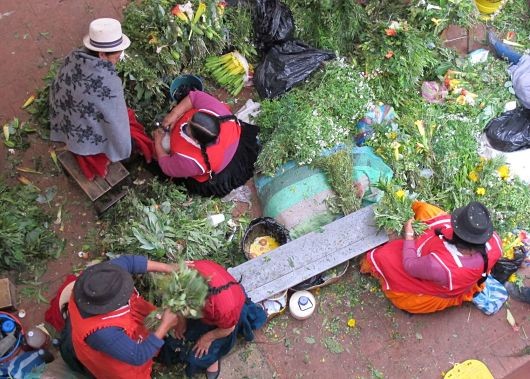 Over the past few years organic products have grown in popularity in mainstream America. It is now hip and cool to go organic. In the United States, the organic food industry is valued at about 27 billion dollars.

With the demand to have organic foods, some entrepreneurs have taken organic farming overseas to poverty stricken areas to provide the U.S. with many of our agricultural products. One such area is Latin America. The most common products imported from there are coffee, bananas and other fruits.

The majority of those who live in poverty in Latin America are the indigenous people. They tend to be the ones who own small farms and work the farms that produce the crops. Culturally and historically, these people have a close connection with their land, crops and the surrounding environment. Going organic is a agricultural practice they are willing to embrace because it maintains traditional methods.

By returning to the natural way to grow agriculture products, farms no longer pollute the environment with harsh chemicals and release excess carbon dioxide. Organic farming utilizes renewable sources of energy rather than fossil fuel dependent resources, for example. There is the hope that organic farming can help mitigate climate change effects that could possibly push people into poverty in the long run.

There is some doubt about how successful shifting to organic growing will be in helping raise people out of poverty. There is approximately a three-year window after switching methods  before prosperous results are seen. Many times small farmers have to take substantial loans to help pay. However, joining in on the organic campaign has proven to be very successful for Latin American organic farmers. One example is Mayorga Organics, which works with harvesting coffee beans.

Mayorga Organics works to develop opportunities for their farmers in this market. They give the resources needed to be successful, such as: education on organic markets, how to grow organic, advocacy for the protection of their farmers, as well as creating an environment of fair trade so that the farmers receive the full amount of money owed to them.

These organic corporations focus on the farmers and the their love of the land. They use sustainable and innovative methods that are increasing the yields of organic farming. With the help of these companies the small Latin American farmers can reach the organic markets. They have a source of income, one that they can live on without fear of slipping back into poverty.