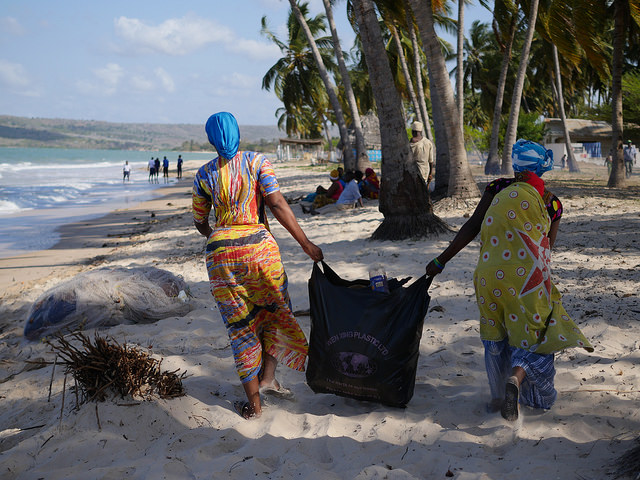 More than two-thirds of the Earth’s surface is covered by oceans, which contain 97 percent of the planet’s water. Billions of people rely on the preservation of oceans to provide sustainable jobs and food resources. Ocean preservation in developing countries has proven to be especially critical. According to the FAO, fisheries and aquaculture make up 10 to 12 percent of the world’s population, with more than 90 percent working in small-scale fisheries in developing countries.

The health of oceanic ecosystems and marine life is what drives the health and sustainability of other global systems that allow the planet to be habitable above water. Healthy oceans not only promote economic growth and food production, but they are also crucial in mitigating the adverse effects of climate change. Warmer oceans cause ocean acidification, which threatens the balance and productivity of marine life and the Earth’s ecosystem.

Marine Biodiversity Loss: The ocean’s diverse life greatly contributes to the wellbeing of humans. Fish benefit the ecosystem by regulating the climate and producing oxygen while also providing a source of protein, which many people depend on. However, marine ecosystems are facing an unprecedented loss in biodiversity as a direct result of habitat destruction, pollution, overfishing and climate change. This loss of marine biodiversity especially affects coastal communities in developing countries because marine resource exploitation often represents the majority of their livelihoods, serves as their main source of animal protein and, in some cases, represents their cultural identities.

Plastic Pollution: According to U.N. Environment, about eight million tons of plastic waste are produced each year, which is equivalent to the weight of the entire human population. This plastic pollution introduces micro-plastics into the marine life food chain. China, Indonesia, Vietnam, Philippines, and Thailand are primarily responsible for more than 50 percent of the total plastic waste found in oceans. If this trend continues without urgent action, oceans could contain more plastic than fish by 2050.

In 2015, the U.N. developed 17 sustainable development goals to achieve by 2030. Goal 14 is to conserve and sustainably use the oceans, seas and marine resources. As a result, the U.N. urges countries to preserve marine biodiversity. Unfortunately, many marine biodiversity hotspots (areas that have large numbers of endemic species and are heavily threatened by habitat loss) are located in developing tropical countries, such as the Western Pacific Ocean, the Southwest Indian Ocean and the Coral Triangle. These places suffer from limited resources, which makes it difficult to effectively maintain or improve the biodiversity without international aid.

Marine Protected Areas (MPAs) are intended to provide protection, according to the conservation status and biodiversity value of a particular area. In developing countries, MPAs are widely recognized as a tool to provide food security and build resilience against climate change impacts such as coastal erosion. Unfortunately, the lack of economic and human resources in these regions cause a great challenge in the creation, enforcement, monitoring and control of the MPAs.

The Integrated Coastal Zone Management Project is an example of a successful World Bank-funded oceanic preservation program. This project has pioneered “hazard line mapping” for the entire coastline of India, which makes it possible to better manage India’s coastal space and minimize coastal vulnerabilities by utilizing shoreline protection and strategic land use plans.

So far, 1.5 million people have benefited from this program. Sewage treatment plants for about one million people have been completed, which has contributed to the prevention of flow of more than 80 million liters of waste into the ocean per day, protecting over 250 miles of Indian coastline.

Our Ocean, Our Future: Call for Action