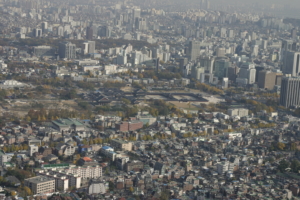 The stories of the defectors who succeed in escaping to South Korea do not quite end there. Many defectors who arrive in South Korea face economic, mental and cultural difficulties. While the South Korean government has programs and plans dedicated to helping these defectors, there is still room for improvement.

However, the limited education that the North Korean defectors had in North Korea presents a large knowledge gap in comparison to their South Korean counterparts. Many defectors also say that Hanawon’s programs are not adequate enough to remedy the psychological and physical traumas that many defectors experienced during their escapes. After 12 weeks at Hanawon, defectors can settle into South Korean society. Upon exiting Hanawon, the defectors receive a stipend of around 8 million won, or approximately $6,450 USD, to ease difficulties in resettlement.

While South Korea is making valiant efforts to curb the challenges of defection, there is potential for improvement. For example, a defector who is a single mother will usually resort to short-term, part-time jobs to support her children.

Defectors face additional difficulties after moving to South Korea. Since Korea’s separation in 1953, both North and South Korea developed a radically different culture and government. For the North Korean defectors, South Korea’s democratic, capitalist society proves to be a great challenge to their resettlement.

The challenge of securing stable employment comes from a variety of factors. If a defector had limited education in North Korea, they are likely to have limited literacy. This not only makes securing employment challenging, but it also makes it harder for them to apply for additional financial aid to the South Korean government.

South Korean discrimination against defectors further exasperates this particular struggle of securing employment. Son Jung-Hun, a North Koran defector who Vice Media interviewed, shared his challenges when South Korean employers would not hire him after hearing his North Korean accent and seeing his small stature.

In 2019, the death of two North Korean defectors in South Korea made international news. Apartment management staff found Han Song Ok, a 42-year-old North Korean defector, and her 6-year-old son Kim Dong-Jin dead in their Seoul apartment. The coroner’s report suggested that both the mother and the child were dead for at least two months. The investigators found no food in their apartment and Han’s bank account was also completely empty. The coroner found determining the cause of death difficult, although many believe that it is likely they starved to death. Han’s acquaintances told the interviewer that Han had been applying for welfare benefits since the winter of 2018. However, because she could not provide proof of her divorce with her husband in China, the South Korean government continued to refuse her request.