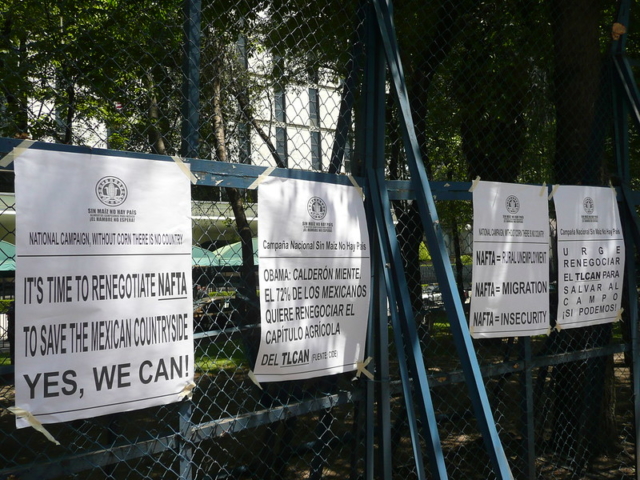 In December 2019, the United States House of Representatives passed the United States–Mexico–Canada Agreement, ushering in a new paradigm for trade between the three North American countries. In doing so, it ended a 30-year trading period governed by the North American Free Trade Agreement (NAFTA). This was a landmark trade deal that George H. W. Bush initiated in 1989 with the passage of the U.S. Canada Free Trade Agreement. Negotiations with Mexico ensued, with Canada joining the talks and a conclusion of a deal between the three, signed into force under the administration of Bill Clinton in 1994. With the adoption of the USMCA, the previous agreement has become obsolete. One can now assess the legacy of the North American Free Trade Agreement, though the countries will update and analyze the agreement throughout the next few years as the components of the new deal take effect.

Proponents and Opponents of NAFTA

NAFTA broke ground in neoliberal terms. Free trade principles that Bush, Margaret Thatcher and Ronald Regan championed dissolved tariffs and liberalized trade with a focus on the agriculture, textile and automobile industries. Supporters of the deal proclaimed the benefits that the deal would bring, including boosting the trade and economies of the three countries, particularly Mexico’s developing one. They forecasted that Mexicans would find better jobs in Mexico. Therefore, they would stay, rather than immigrating illegally to the United States. Furthermore, NAFTA would benefit U.S. and Canadian companies seeking markets for goods and cheap labor.

There were many arguments against NAFTA from the onset. Critics jeopardized the legacy of the North American Free Trade Agreement before it even started. Headlined by then third-party U.S. presidential candidate Ross Perot, opponents claimed that opening the Mexican border to free trade principles would result in what he called a “giant sucking sound” as companies outsourced American jobs to Mexico to seek lower wages.

With the benefit of hindsight, experts now say that NAFTA had neither as good nor as bad of an impact on the economies of the United States, Canada and Mexico as some initially predicted. Like many things, the reality lay in the middle. While trade objectively increased, even tripled by some accounts, American jobs did indeed flee to Mexico. Many left the Midwest and created the so-called Rust Belt. An article published by the Economic Policy Institute details the extent of the losses, contending that 682,900 jobs suffered in the U.S. at NAFTA’s expense. Many of these job losses, 60.8 percent, were in manufacturing. Supporters predicted manufacturing would see an increase of up to two million in five years.

In short, U.S. companies benefited at the detriment of Mexican families. Further, two million Mexican families with previous engagement in farming activities lost their livelihoods. In addition, small businesses closed in the 10s of thousands. Between NAFTA and subsequent free trade deals with countries like Peru, Colombia and some Central American and Caribbean countries, millions experienced displacement from their homes and fled. Many fled to the United States, proving to exacerbate illegal immigration rather than alleviate it. Mexico did see an increase in jobs for a while, especially in the automotive industry, expanding from 120,000 to 550,000 since 1994. However, this has not been nearly enough to offset the harm caused; even when accounting for a boost in trade and considerable improvement in foreign direct investment to Mexico from $15 to $100 billion.

Overall, companies in the U.S., Canada and Mexico benefited in some ways from free trade. Generally, this left a significant legacy of the North American Free Trade Agreement. However, it came at a substantial loss for individuals and worsened existing problems like outsourcing and illegal immigration. The biggest hope for the future lies in the United States–Mexico–Canada Agreement. The USMCA, agreed to by the three countries, passed with bipartisan support in the House of Representatives. Ideally, it will right some of the wrongs that NAFTA inflicted, while continuing to promote trade and economic growth in North America.