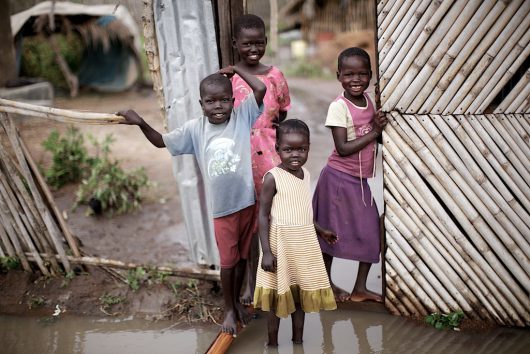 The Federal Ministry of Agriculture together with the Rural Development and the International Water Management Institute in Abuja have launched a mobile application, called “Wetin App” in order to provide citizens with the capability of flood forecasting in Niger and Benue rivers. The mobile application for flood forecasting which will be available through Google App Store has been launched due to the catastrophic flood that occurred in 2012 in Nigeria and caused massive destruction of houses, farms and human lives.

According to VOA News, “The “WetIn app” is free to download for Android phones and gives users in three flood-prone Nigerian states advanced notice when an inundation is expected.” The application that aims to focus on three Nigerian states, Kogi, Benue and Anambra, will help residents and farmers protect their belongings, their crops and evacuate the region if it is needed.

The smartphone application was developed based on a collection of data from the Nigerian Hydrological Service Agency (NHSA), the satellite and finally the Nigerian Meteorological Agency. According to Timothy Olalekan Williams, Africa director for the International Water Management Institute, the goal of the application is to provide four to five days in advance a significant warning about the height of the river. Hence, the government together with the disaster management agencies will be able to take precautionary measures.

In fact, according to the National Emergency Management Agency, in 2012, floods killed 363 people and displaced close to 4 million individuals. Due to the 2012 floods, a total of 1,337,450 houses were destroyed, of which 73% consisted of traditional Nigerian dwellings. As an illustration, some houses are constructed with iron and low-cost materials, while others are made of mud, as well as bricks.

The 2012 Nigerian floods, which remain the worst in five decades, have affected the river Niger and the river Benue. The NHSA continues to warn individuals who live close to rivers in Nigeria to immediately relocate and find safer dwellings especially in light of continued climate change.

So far this year, 14 have been killed and 208 have been injured as a result of floods. If there is continuous rainfall, then the flooding experience will be the same as in 2012. The Nigerian Meteorological Agency plays a key role in alerting the news about upcoming floods via newspapers, radio and television. Smartphones also go a long way in helping to ensure access to this vital information.

In simple terms, among Nigeria’s activities for a proper flood risk management action plan, the mobile application for flood forecasting satisfies its emergent needs. It offers an early warning system that aims to strengthen people and make them act in a proactive way.