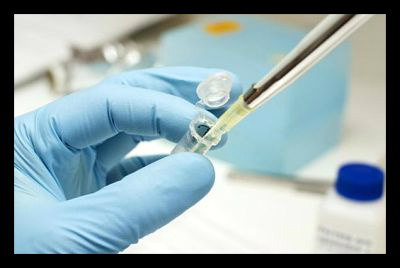 After decades of searching, scientists may have finally found a vaccine for dengue, one of the developing world’s most feared infectious diseases.

Researchers released a new report confirming the efficacy of the vaccine after the conclusion of a study lasting four years and involving over 20,000 school-aged children in Colombia, Brazil, Mexico, Puerto Rico and Honduras. The study has proven the new drug to be overwhelmingly effective, and both scientists and doctors around the world are celebrating this monumental achievement. The efficacy of the vaccine against severe dengue was 95.5 percent.

Dengue is a mosquito-borne viral infection that affects nearly 400 million people annually. It is a leading cause of serious illness and death among children in many Latin American and Asian countries, and has been spreading violently throughout the developing world since the late 1950s.

The absence of a dependable treatment for the disease has made dengue a particularly terrifying illness in the global south. The debilitating muscle and joint pains associated with cases of severe dengue have earned the disease its nickname, ‘break-bone fever’. Infected individuals can also suffer crippling headaches, nausea, vomiting and a painful rash across the back and chest. Nearly 500,000 people, most of them children, die from the disease each year.

Initial news of the drug’s potential broke in late 2011, when French pharmaceutical company Sanofi Pasteur announced plans to release the new antiviral medication by mid-2015. Since that time, research teams have been working tirelessly in many countries spanning both Asia and Latin America, where the disease is most prevalent. Meticulously testing patients, administering vaccinations and recording their findings, scientists have emerged from the study with new certainty in the drug’s effectiveness.

Relaying the good news on Jan. 8, Sanofi Pasteur reported the overall efficacy of the drug to be 60.8 percent for children between the ages of nine and 16 who received three doses of the vaccine over a 12-month period. Furthermore, the study confirmed 80.3 percent reduction in the risk of hospitalization for dengue-infected individuals. The crowning achievement of the study, however, was the accomplishment of a 95.5 percent protection rate against the most deadly form of the disease, a discovery that is projected to save countless lives in countries from India to Brazil.

Past efforts to control dengue have relied heavily on preventative practices such as destroying mosquito egg-laying habitats and spraying insecticides intended to kill the disease-carrying mosquito vector. Without an effective antiviral medication available to treat infected individuals, however, the fight against dengue has been violent—and often deadly—for economically disadvantaged communities in tropical areas of the world. Because of the mosquito’s ability to adapt to many diverse environments, and its skill for finding hidden deposits of stagnant water in both rural and urban areas, regions affected by dengue quickly find the disease to reach epidemic proportions amongst their populations.

The introduction of the new dengue vaccine serves as a beacon of hope in the world’s fight against deadly pathogens, and will prove to empower millions of people in the developing world in their own fight against poverty.