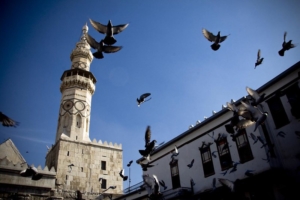 During the Eid holidays, the number of border crossings in and out of Syria drastically increased. As a result of such rising travel, the subsequent transmission of COVID-19 and reported cases additionally increased. With the remnants of the aforementioned influx continuing into late August and September 2021, vaccines in Syria are desperately needed, due to Syria being home to one of the fastest increasing rates of infection in the world. Thus, the early September shipment of over 358,000 vaccinations from WHO Turkey came as a welcome respite.

As Syria nears the peak of its second infection curve, outside reporters and internal government agents look back at the path that brought Syria to its position of viral precarity. Syria entered the pandemic in a state of civil war that suffered the healthcare system as the most severe casualty. Since the inception of the Syrian civil war, there have been nearly 600 documented attacks on medical facilities. Of these, Physicians for Human Rights attributes over 90% to the state government. As a result of such unabashed violence, nearly 70% of healthcare workers fled the country. The shortage of workers placed yet another strain on an already damaged healthcare infrastructure. Such was the initial state of Syrian healthcare at the genesis of COVID-19.

Syria, the home to the largest population of Internationally Displaced Persons (IDPs) in the world, found itself massively unprepared for the ills of COVID-19. In the Northwest, nearly 4 million IDPs were equipped with a total of 212 ICU beds designated for pandemic patients. Such a dearth of medical supplies represented the norm across nearly all of Syria.

According to the WHO, COVID-19 transmission in IDP camps increased 200% since August 2021, with over 1,000 new daily cases. Dramatically ill-equipped to address the initial wave of COVID-19, this infrastructure proved similarly ill-equipped for the dissemination of vaccines.

Early estimates of the Syrian government’s capacity to vaccinate its population suggest that as of October 2021, only 2.6% have received both doses. At such a pace, the medical system would require a further 490 days simply to achieve a 10% vaccinated threshold. These predictions arrive in tandem with Syria’s highest infection rate to date, with a daily average of 347 reported on October 20.

Amidst all of this difficulty, NGOs and global organizations such as WHO and the U.N. have sought to aid nations struggling to vaccinate their citizens. One example is the shipment of over 358,000 vaccinations from WHO Turkey, a much-welcomed respite in Syria. In early September 2021, WHO reported the delivery of these vaccines to Northwest Syria by way of the Adana airport. These doses represent more than double the number of previously administered vaccines before their arrival. This arrival resulted from a collaboration between WHO Turkey, UNICEF and the Syrian Immunization Groups.  Their massively helpful collaboration presents just one example of the necessity of international aid in vaccinating the global population, and subsequently, beating this pandemic.