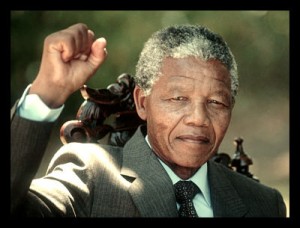 An advocate for peace, unity, and love from a very young age, Nelson Mandela is an integral part of the history of human rights. Through his involvement and eventual leadership of the African National Congress (ANC) and after being awarded the Noble Peace Prize for his efforts in ending the apartheid, Mandela became South Africa’s first black president in 1994. Since his retirement in 1999, Mandela continued with his advocacy of social and human rights and supporting the international Make Poverty History movement and the fight against AIDS. In recent years, Mandela’s birthday, July 18, has become a day of international good works.

Here are ten inspirational quotes by Mandela to motivate advocacy:

2. “I am fundamentally an optimist. Whether that comes from nature or nurture, I cannot say. Part of being optimistic is keeping one’s head pointed toward the sun, one’s feet moving forward. There were many dark moments when my faith in humanity was sorely tested, but I would not and could not give myself up to despair. That way lays defeat and death.”

3. “A good head and a good heart are always a formidable combination.”

5. “No one is born hating another person because of the color of his skin, or his background, or his religion. People must learn to hate, and if they can learn to hate, they can be taught to love, for love comes more naturally to the human heart than its opposite.”

6. “There is no such thing as part freedom.”

7. “There is nothing like returning to a place that remains unchanged to find the ways in which you yourself have altered.”

8. “There is nothing I fear more than waking up without a program that will help me bring a little happiness to those with no resources, those who are poor, illiterate, and ridden with terminal disease.”

10. “Freedom would be meaningless without security in the home and in the streets.”