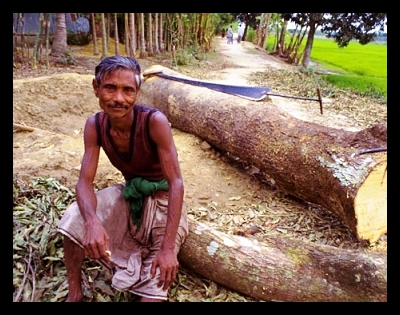 The actions and decisions of humans have had negative effects on the environment and the world’s natural resources. However, research suggests not all humans deplete resources unnecessarily; the poor are often best at sustaining the environment because they recognize its direct connection to their survival. According to The Centre for Science and Environment, wealthier nations are to blame. The Centre speculates that if impoverished nations developed and consumed at the rate of the West, two more planet Earths would be needed to produce enough resources and absorb the waste.

So, if wealthy nations are consuming at an alarming rate while poorer nations excel at sustaining their environment, why is the latter suffering economically?

The answer is simple, but sad; industry frequently exploits less developed countries. They send their most environmentally unfriendly ventures to the Third World to circumvent the high cost of doing such work in the developed world. As a result, large-scale deforestation occurs to make land available for lease to international companies. Prime agricultural land is damaged by harsh pesticides and fertilizers to produce cash crops for wealthier countries and ten times the amount of water a typical Indian family should consume in one day, if they get water at all, is used for meat breeding for richer nations.

Disregarding the environment when addressing poverty leads to an incomplete solution because the two are directly related. The natural resources needed to lift people out of poverty, though sustainable, are not unlimited. Thus the environment can only sustain us for as long as we sustain it.