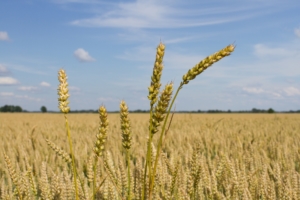 Currently, almost 80 percent of diabetes deaths occur in low or middle-income countries. Halo Life Sciences, a company based in Austin, Texas, plans to change that. It has developed a product that it calls Naturalin, a naturally occurring phytonutrient that can go into snack foods, dairy, protein products, beverages and more. The addition of Naturalin makes these products far more nutritious. Naturalin has a massive potential to enact positive change in the food industry in a number of nations around the world as a solution for diabetes and obesity.

Entrepreneur Michael Reyes originally developed Naturalin as a response to the growing number of obese, diabetic and pre-diabetic individuals in developing countries. Island nations such as the Marshall Islands, Tuvalu and Nauru have the highest rates of diabetes in the world. Individuals who are diabetic often contract the disease because their bodies are insulin resistant. Many different things can cause insulin resistance, but it is closely associated with excess weight and body fat. This, in turn, places an undue burden on both these individuals and the health care providers in these countries, as individuals with diabetes often require specific medications, such as short and long-acting insulin, amylinomimetic drugs, alpha-glucosidase inhibitors and DPP-4. Naturalin can help reduce this burden by fortifying common foods such as rice and flour. In addition to its nutritional benefits, Naturalin is a sustainable product and is a renewable resource, ensuring that it will be available for usage by future generations.

Halo Life Sciences is currently in the process of getting Naturalin into markets around the world, including in Brazil, India, China and Israel. The company has partnered with a number of individuals and corporations in these countries. It is also planning to start developing its own CPG’s (consumer packaged goods) that will already have Naturalin in them. These recent developments will likely result in Halo Life Sciences receiving investments from those who see Naturalin’s potential as a solution for diabetes and obesity. Such investments will make the process of expanding into global markets much easier.

While Naturalin has the potential to enact real global change, it does face some potential roadblocks in the implementation process. For one, a strong marketing campaign must back the product, so that people know about its benefits. Halo Life Sciences has already done some work on this end, as it has invested heavily in scientific research; researches at the University of Texas-Austin validated Naturalin as safe, functional and effective when they tested it. However, it must continue to work on getting its message out to people around the globe. The company must also navigate the oftentimes tricky process of delivering its product into rural communities. If Naturalin can deal with these two potential roadblocks, it will be able to thrive as a product in countless nations around the world.

Naturalin has the capacity to change the world for the better by being a solution for diabetes and obesity. It provides individuals with a quick and easy way to consume more nutritious food, and upon implementation, will almost certainly reduce the total number of individuals suffering from diabetes and obesity worldwide. It is, without a doubt, a very promising solution to one of the most pressing issues facing the modern world.