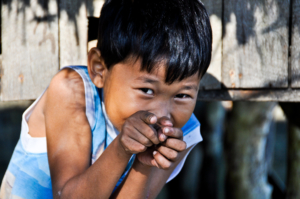 This article will cover the recent political executions by Myanmar’s military junta, as well as reactions from the international community and demonstrations that are still ongoing, despite the possibilities of further executions. Burmese hip-hop artist Phyo Zeya Thaw was among those the Burmese government executed, due to his support of the resistance. These political executions were the first ones that Myanmar had in decades.

Burmese Resistance to the Junta

The National Unity Government (NUG) has spearheaded Burmese efforts to oust the military junta from power. It was also the first organization to call for international condemnation of the nation’s recent executions.

U.N. Human Rights chief Michelle Bachelet condemned the executions, calling them “cruel” and “regressive.” The military junta has killed more than 2,100 Burmese citizens since it came into power, which has led many U.N. leaders to call for formal international sanctioning. The U.N. also urged Myanmar’s military junta to release political prisoners that have been awaiting trials via military tribunal. However, similar U.N. pleas have fallen on deaf ears. Since the junta took over in a 2021 coup d’état, the military courts sentenced 115 Burmese adults and two children to death.

A Bipartisan Condemnation from the US

Both prominent Republican and Democratic leaders in the American government condemned the junta’s recent executions. In its official statement, the White House labeled the recent incident as a “heinous execution.” Republican Senate Minority Leader Mitch McConnell called for sanctions on the Burmese energy sector, as well as further actions from Myanmar’s neighboring countries. In a U.S. Department of State press statement, Secretary of State Antony Blinken also criticized the military junta for its “sham trials” of pro-democracy activists. American officials have also urged the Chinese government to play a more active role in promoting peace among the junta and Burmese citizens.

The European Union, along with several other industrialized nations, including Australia, Canada and South Korea released a statement condemning the junta’s rule. Before the political executions, the EU sanctioned junta officials and required European energy companies to withdraw their operations in Myanmar.

The Association of Southeast Asian Nations (ASEAN), an inter-governmental organization that Myanmar is a member of, released a statement calling the executions reprehensible, as well as urging for dialogue among the Burmese. The ASEAN has also banned Myanmar’s junta officials from attending events that the association hosts. In contrast to the ASEAN’s strong rebuke of Myanmar’s executions, the Chinese government has yet to make a statement condemning the actions. However, China did push for peace talks between the junta and Burmese resistance groups in early July 2022, weeks before the political executions. By supplying weapons and giving the nation its political support, China has aligned with the coup leaders in Myanmar.

The Push for Further Action

Although many nations have placed sanctions on Myanmar, there have been no formally coordinated strategies put in place to sanction Myanmar and punish those in power for their breach of human rights. According to the World Bank’s July 2022 estimates, approximately 40% of Burmese citizens live in poverty. Economic contractions that occurred after the 2021 coup could have long-term consequences since the Burmese economy experienced an 18% contraction during the 2021 fiscal year. Myanmar’s slip away from democracy has caused economic turmoil and the juntas depriving of human rights is an issue that the international community must address.