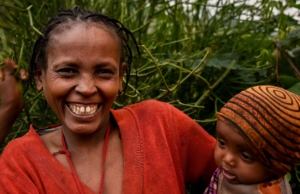 According to the Principled Aid Index, a study by OECD’s DAC (Development Assistance Committee), the most generous donor nations tend to be the most humble and modest about the help they provide to the world’s poor. Among DAC’s 30 member countries, the four most generous are Luxembourg, Norway, Sweden and Denmark. All nations exceeded the United Nation’s recommended level of donating 0.7% of gross national income (GNI)to foreign aid. How are these four most generous and principled aid donors using their international funds to help the world’s poor?

Luxembourg tops the list of most generous donor nations with 1.05% of its GNI going to foreign aid. The Grand Duchy of Luxembourg is a partner to nine developing countries across Africa, the United States and Asia, and is a member of the International Aid Transparency Initiative.

The second country on the list of most generous donor nations is Norway. Norway spends on average NOK 39 billion ($4.3 billion) on foreign aid per year. Apart from exceeding the United Nations’ 0.7% target, Norway has only failed to donate more than 1% of its GNI to international humanitarian aid once since 2013. In 2020, Norway donated 1.02%.

The Norwegian government has five focus areas for appointing its foreign aid funds – education, health, private-sector development, environmental challenges and humanitarian assistance. It also focuses heavily on development, whether through human rights, gender equality, the environment or the fight against corruption. Its most prioritized areas of work, and the recipients of its biggest donations, are mostly countries in the SWANA (South West Asian/ North African) region.

Norway has announced that, in the year 2021, it will place a significant focus on international humanitarian assistance and global health, and thus, will donate nearly NOK 10 billion to both of the causes. Expectations determine that its overall 2021 foreign aid budget will reach NOK 38.1 billion ($4.7 billion). At the beginning of 2021, Norway joined COVAX. COVAX is an international collaboration within developed countries aiming to bring COVID-19 vaccines to low-income countries. Norway has committed itself to the redistribution of its surplus vaccine doses to impoverished countries in the program.

Although Sweden is the sixth country on the DAC list, it is actually the third-most generous donor based on the proportion of its foreign aid donations to the size of its economy. Sweden has exceeded the United Nation’s 0.7% target every year since 1975. In addition, it has kept the long-term commitment of donating at least 1% since 2008. In 2020, the Swedish government ensured its COVID-19 response will not affect its development funding during the pandemic.

SIDA has 35 partner countries, most in sub-Saharan Africa. Sweden’s largest donations go to Tanzania, Afghanistan and Mozambique. However, SIDA also works in Palestine, South Sudan, Somalia and the Democratic Republic of Congo (DRC).

Sweden is very open about its strong commitment to international development cooperation. One of the central points of its foreign development policy is gender equality and women’s empowerment. In 2014, Sweden became the first country to implement a feminist foreign policy, which ensures fundamental rights, peace, security and opportunities for sustainable development for women and girls in developing countries, such as cash grants supporting female-led households in Tanzania, which Sweden has been providing since 2016.

Furthermore, a large part of Sweden’s funding between 2014 and 2017 went toward its efforts to domestically host refugees. Later in 2019, it also created an emergency fund for Ethiopian refugees fleeing to Sudan. As part of Sweden’s 2021 budget plan, the country has a commitment to spending $6 billion on foreign humanitarian aid.

According to the Danish Ministry of Foreign Affairs, Denmark has donated 0.71% of its GNI to foreign aid – $2.55 billion in 2020. The main sectors on the Danish foreign aid agenda are ensuring a secure transition for migrants by providing them with education and employment opportunities. Denmark also works to promote democracy and equal human rights while implementing inclusive and sustainable development.

Most of the aid goes to “priority countries” like Afghanistan, Bangladesh, Burkina Faso, Ethiopia, Mali, Myanmar, Palestine, Somalia, Tanzania and Uganda. Denmark also donates significant funds to Indonesia, Pakistan, South Africa, Colombia, China, Mexico, Turkey and Ukraine. All of Denmark’s humanitarianism is a part of its new strategy for development and humanitarian action called “The World 2030.”

Norway, Sweden, Denmark and Luxembourg’s generosity to other countries has had a multitude of benefits. From helping improve education to aiding countries’ health care systems or advancing women’s rights, these most generous donor nations are making a positive impact across the world.