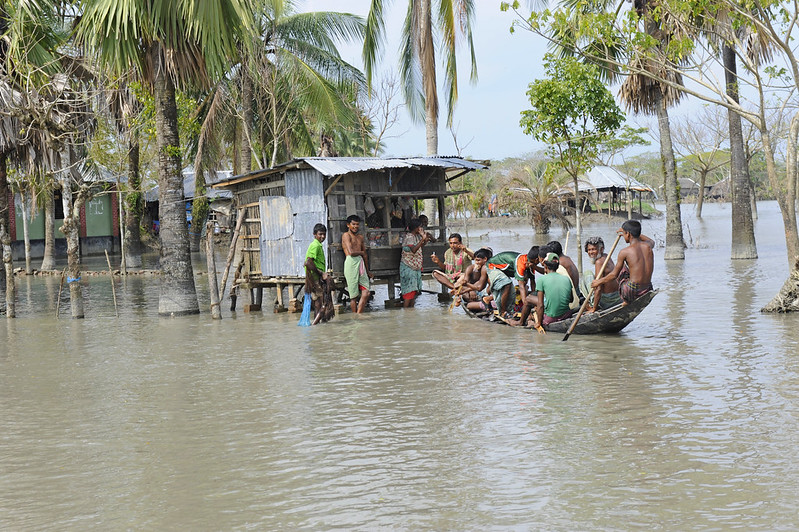 Monsoons are seasonal changes in the direction of the wind in a region that causes wet and dry seasons. This phenomenon is most associated with the Indian Ocean where its effects greatly impact South Asian countries. The summer monsoon, which occurs between April and September, brings the wet season. Warm, moist air from the Indian Ocean moves inland and brings heavy rainfall and a humid climate. In contrast, the winter monsoon occurs between October and April and brings the dry season, but it is often weaker than the summer monsoons as the Himalayan Mountains prevent most of the dry air from reaching coastal countries. Monsoons in South Asian countries contribute to many industries, such as farming and electricity, however, there are adverse effects.

The countries above are only a few of the several areas affected by monsoons in the region. Fortunately, several agencies provide emergency relief for monsoons in South Asian countries. During the 2020 floods, the U.N. helped with the evacuation of 500,000 people and prepared to provide humanitarian aid to the most affected and vulnerable communities. In Bangladesh, humanitarian agencies worked closely with the government to provide victims with basic necessities, such as food, water, shelter and other supplies.

Additionally, the U.N. launched a $40 million response plan to help more than 1 million people. The Directorate-General for European Civil Protection and Humanitarian Aid Operations gave more than $1 million in emergency funding to provide relief to the Sindh Province in Pakistan and funded other operations that provided basic needs to 96,250 people. Other agencies such as UNICEF are on standby, ready to provide relief to any country impacted by natural disasters. The work of these organizations is critical to saving lives.