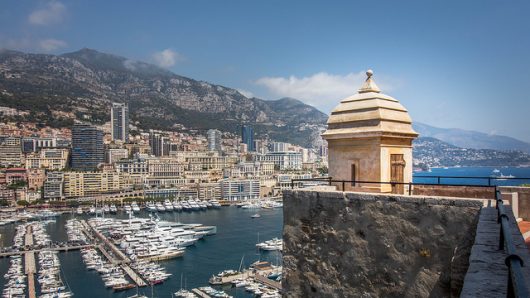 The number of newly infected individuals with HIV has halved since the mid-1990s. This is in large part due to the significant increase in care and treatment for HIV. The UNAIDS Program Coordinating Board called on UNAIDS for its support for new initiatives in country and new targets for combatting HIV.

To date, over 250 countries have joined the 90-90-90 plan in an attempt to properly care for those individuals with HIV, as well as improve treatments already in place. The movement is a part of the Paris Declaration which is implemented to outline a practical, action-oriented way of improving the quality of aid.

As of July 2018, Monaco became a part of the initiative to enhance the lives of those with HIV and treatments by 2020. By becoming part of the fast-track initiative, Monaco also became the first city-state to commit to the assurance of rapid decrease in HIV infections.

Monaco tackling HIV as a priority is not necessarily new news. Monaco has actually advocated for HIV treatment previously in its endeavors. Monaco’s Princess Stephanie created the Fight AIDS Monaco nonprofit organization which works to improve HIV treatment, promote prevention, and reinforce the Test in The City campaign. However, by focusing on the 90-90-90 plan, Monaco tackling HIV is vastly improving on fast-tracking treatment and prevention.

Monaco tackling HIV by joining the 90-90-90 program is also monumental because it is a developed, progressive city. Cities play a crucial role in innovation and research and can therefore better treat those infected with HIV or those who are at risk of infection. Such cities also have the capacity to branch out their methods to the less developed areas that need the treatments but do not have the resources available to access them.

The ultimate goal of the 90-90-90 plan is to end the AIDS epidemic by 2030. Part of Monaco’s signing of the Paris Declaration was to create a “Monaco without AIDS”. The eradication of AIDS will ultimately spark broader global health and development endeavors that will improve the quality of life for all countries including the underdeveloped. Its work will also inspire global solidarity and partnerships which will be beneficial to many countries when it comes to aid.

Monaco was already progressive in its efforts for better HIV care but the 90-90-90 movement has put those efforts on the fast track. With the help of more than 250 countries that signed the Paris Declaration and agreed to the 90-90-90 plan, the possibility of AIDS eradication is near.