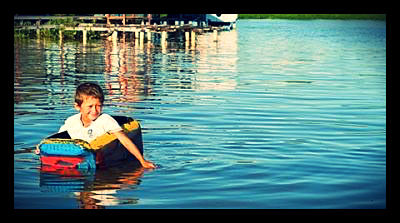 Miseducation is a short film produced in 2012 that follows 11 years old Kelina as she walks through Cape Town, South Africa on her way to school. The film offers a glimpse into the frightening reality that Kelina, and children just like her, face every day in her graffiti-covered home town, where gangs are omnipresent and the threat of violence is always near. The 4-minute documentary by Nadine Cloete opens with Kelina saying that she is scared to walk alone. She knows the dangers all too well; rape, kidnapping, gang violence, gun violence.  She is acutely aware of the risks because witnessing such atrocities in one of the poorest parts of South Africa is practically unavoidable. In an article for the New York Times, Cloete cites poverty as a major contributing factor to the violence and gang activity that plague South Africa. Her fear is that children from disadvantaged areas will perpetuate the violence they are exposed to the outside of school because they are not able to recognize that these conditions are not a normal part of childhood. Miseducation is one of 30 short films commissioned by the Why Poverty? initiative in November 2012.  These short films, along with 8 thought-proving documentaries, were created to inspire conversation and action toward relieving global poverty. All of the documentaries are free to view online and in spring 2013, the films will be available on DVD. Why Poverty? is not a fundraising organization, nor are they campaigning for a specific course of action. Their mission is simply to inspire conversation and to make people really think about poverty on both broad and intimate levels; how does poverty affect an entire nation? How does poverty affect one child? Their hope is that intelligent thought and discussion about the issues can not only raise awareness but also uncover the answer to a question that has been asked for far too long; why poverty? See Why Poverty? videos here.