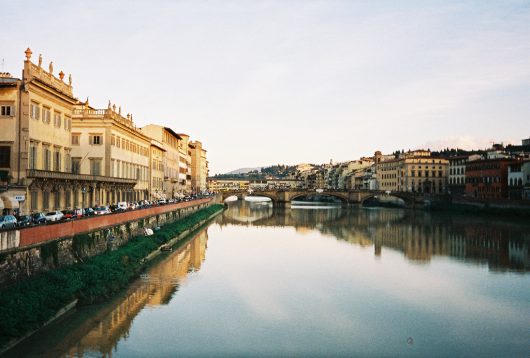 Political instability is a strong driving force behind poverty and unemployment, and Italy has served as a gateway for a better quality of life for political refugees. Since the mid-twentieth century, Italy has been a hub for international migration, as the Italian peninsula bears proximity to the Middle East, Afric, and former USSR countries, and offers easy access to continental Europe. The following paragraphs include facts and figures about the history of migration to Italy, who has migrated to Italy and how the Italian government has handled immigration.

The first large refugee population in Italy came from Tunisia in the 1980s. Tunisians who had formerly migrated to France for labor opportunities began to flock to nearby Italy to work in its informal economy. Lampedusa and Sicily, both Italian islands (the former being only 70 miles from Tunisia) became the leading destinations for Tunisian refugees.

Following the Tunisians were female migrants from Catholic countries in South America and northern Africa who were employed in housework or as waitresses.

After the fall of the Berlin Wall in 1989, refugees began to come from Romania, Albania and Ukraine to escape political instability. Over time, this new wave of refugees changed the ethnic makeup of migrants to Italy. In 2003, eastern European refugees dominated half the regions in Italy while northern African refugees dominated the other half, separating the two migrant groups. By 2014, however, every area was dominated by either Romanian, Albanian or Ukrainian migrants.

In recent years, Italy has made attempts to discourage refugees from entering the country. In 2008, former Prime Minister Silvio Berlusconi and Moammar Gadhafi signed the “Treaty of Friendship” in which Itay promised to invest $5 billion in Libyan infrastructure projects in exchange for a drastic decrease in illegal immigration from Libya. The migration from Libya spiked again in 2011 after Gadhafi was overthrown. In 2012, Italy faced harsh criticism from the European Court of Human Rights for signing similar bilateral agreements with migrants’ countries of origins that allowed for the quick deportation of refugees.

In November 2013, however, the Italian Navy enacted a search-and-rescue program called Mare Nostrum, following a tragic boat accident one month prior that killed 349 asylum seekers. In one year, this program rescued more than 160,000 people. The program got abandoned in October 2014 after receiving criticism from the European Union for encouraging migration across the Mediterranean.

In 2015, Italy was second to Germany for the highest number of refugees seeking asylum, with 122,960 applicants.

The overwhelming majority of immigrants to Italy are men ages 18 to 34. In 2016, 85,570 men within this age range migrated to Italy, comprising 70% of migrants to Italy that year. This group of migrants largely included migrant workers who sent remittances to their families in their home countries.

In 2017, the Minister of the Interior, Marco Minniti, issued a decree that enforced stringent guidelines on the rights of asylum seekers in Italy. First, migrants who were denied asylum in Italy would lose their right to appeal the decision. Second, the process for seeking asylum was modified so that it would be a summary proceeding instead of a full chamber proceeding. In this case, the judge would no longer hear the asylum seeker’s interview before granting or denying asylum.

This information about migration to Italy demonstrates how a developed country may choose to respond to an ongoing refugee crisis. While the Italian government has made substantial efforts to repatriate migrants, projects such as Mare Nostrum have had a positive impact by saving thousands of asylum seekers in the Mediterranean Sea. Considering their proximity to northern Africa, the Middle East and Eastern Europe, the Italian government must decide whether it is their responsibility to assist refugees who are escaping the internal crisis.