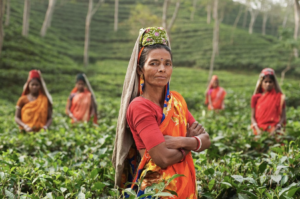 Globally, 55% of women live in poverty and 42% do not have access to financial institutions. The majority are subject to subordination by patriarchal societies and reliant on their male counterparts because they do not have access to financial independence. This prevents women from better providing for themselves and their families. However, with the arrival of microcredit and microfinance institutions (MFI) in the last couple of decades, millions of women around the world are uplifting generations out of poverty.

Microcredit is a path toward financial inclusion through the lending of small loans, without collateral, to the poor. Microcredit is part of the broader spectrum of microfinance institutions (MFI) that provide additional financial services like micro-insurance and financial literacy. These services help those impoverished to start small businesses, break cycles of poverty and boost the economy of local communities.

Microcredit is largely made possible through peer support systems applied in many MFIs. Because they mostly reach rural villages, many borrowers know each other and know that their failure to pay back loans will hurt their community.

Primary investors are interested in social returns to reduce poverty and boost the economy. They are not philanthropists but are committed to social businesses set with proper risk assessment, transparent monitoring and educational programs to protect investors and borrowers. Eleven MFIs are perceived as competitive for investors due to their growing success, including global income on investment to be high at 19%, only 6% at risk and strong 11.5% return on equity which all show great development in the industry.

Why Focus on Women?

Aside from the fact that women have been predominantly denied crucial financial services, of the 139 million MFI borrowers worldwide 80% are women. Before, many would assume women and those impoverished would be risky borrowers. Now, studies confirm that female borrowers of regulated MFIs have lower write-offs, portfolio risk and fewer provisions than men, making them ideal clients.

Additionally, women spend 90% of their income on family needs compared to only 35% of men. This also means educational attainment for their children increases, which can double or triple a young girl’s future income. Research also shows that when women control family money, their children are more likely to survive by 20%.  Microcredit allows for the kinds of investments and benefits for gender equality to occur through avenues of financial independence. Such investment in long-term gender equality means 150 million more people have access to food worldwide and boost the economy by doubling global GDP to about $160 trillion.

A recent International Monetary Fund (IMF) study reported that gender equality consistently has proven to boost the economy. Countries with higher rates of gender equality, 70% or above, directly correlate with up to 13% growth in their GDP per capita compared to countries declining as much as 15% with lower rates.

These results come from smaller wage gaps which are derived from more equal access to opportunities.

Overall, women provide diversification and economic resilience to the global market and efforts to multiply gender equality, like microfinance services, will only further boost the economy.

Today, there are some 916 MFIs serving about 140 million people globally. Of those, 65% live in rural areas where financial services are needed the most.

Many remain skeptical after corrupt and exploitative practices from lenders in the 2000s. Money was seen to be used for non-entrepreneurial endeavors like home loans and trying to make loans profitable. For-profit banks and techniques like lender intimidation and excessively high-interest rates had greatly diverged from the mission to help the world’s poor.

However, these three organizations are just examples of how beneficial and empowering the diverse practices of microfinance are at its core and after reform and innovation.

These three organizations collectively benefit 30.2 million people around the world. They only shed light on a fraction of the total positive impacts of microfinance which boosts the economy locally and globally. While microcredit for women and the poor is not a silver bullet for poverty alleviation, it is a vital avenue for financial inclusion and should only be further pursued.