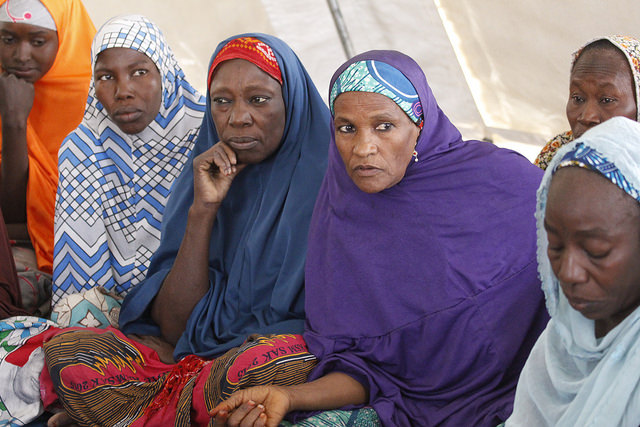 After the program’s continued success both outside and within internal displacement camps in northeastern Nigeria, the Mental Health Gap Action Programme (mhGAP) plans its first expansion by training 70 new healthcare workers.

Since the program’s inception in September 2017, mhGAP has trained 64 primary healthcare workers and assisted more than 5,000 people from over 35 different primary healthcare facilities, including local clinics. The project was launched by the World Health Organization (WHO) in partnership with Borno state authorities and the Federal Neuropsychiatric Hospital of Maiduguri in order to treat mental illness in emergency situations, particularly internally displaced persons and low-income individuals (often times intersecting).

The prevalence of mental health disorders in Nigeria is estimated at around 12 percent, an unproportionately high figure compared to the small number of clinics that offer treatment. Due to the widespread violence in northeastern Nigeria, nearly 7 million people live in camps meant for internally displaced persons and WHO estimates that nearly 1 in 5 of said 7 million may need mental health care, much of which is largely unavailable. In fact, the Federal Neuropsychiatric Hospital of Maiduguri is the only facility in the region that focuses primarily on mental health.

Mental illness is particularly prevalent in communities that experience extreme levels of stress and adversity, such as internally displaced persons and those living in extreme poverty. According to WHO, experiences such as abductions, violence, gender-based violence and atrocities can trigger mental illness and other psychological problems.

The prevalence of disorders such as anxiety, depression and Post-Traumatic Stress Disorder (PTSD) have increased by an average of 5 to 10 percent, and the instances of psychosis double on average, according to public data published by the World Bank. These percentages are often higher among children and adolescents, with incidents of PTSD ranging from 50 to 90 percent.

The program provides access to mental healthcare otherwise unattainable for the majority of those displaced. This lack occurs due to an absence of monetary resources and a scarcity of functioning mental health facilities.

Approximately two-thirds of the 749 known healthcare facilities in Borno have been destroyed or damaged as a result of the Nigerian army’s eight-year-long conflict with Boko Haram. The ongoing violent conflict has also forced over 2 million people from their homes, negating any possibility of regular access to affordable health services — mental or otherwise.

Borno, accompanied by the majority of northeastern Nigeria, struggled socioeconomically prior to any conflict with Boko Haram. Over 70 percent of Borno’s population lives under the poverty line — almost 30 percent higher than the national average of 46 percent, according to the U.N. Global Multi-Dimensional Poverty Index.

While mental health continues to remain only one of the many pressing issues of internally displaced persons, mhGAP’s success both inside and outside displacement camps demonstrates a positive shift towards the national perception of mental illness. mhGAP’s resources enables the most vulnerable to hope and provides the knowledge that their situations are not permanent.