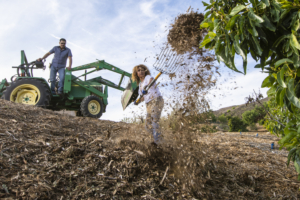 Developed countries often see grocery stores overflowing with fruits and vegetables from all over the world. Unfortunately, not every shopper questions the origins of their products and more importantly, the stories of those who cultivated the crops. Mexico is a significant figure in international agriculture trade totaling $31.5 billion in 2018 with the United States accounting for 78 percent of its sales. It has had success in exchange for the poor quality of life for the Mexican farm laborers who provide the resources, and this fact highlights a significant wealth disparity throughout the world.

Today, Mexican farm laborers face poverty levels so extreme that they often must become perpetual migrants, traveling from state to state in order to maintain a steady wage. According to the Instituto Nacional de Estadística y Geografía (INEGI), a Mexican governmental data collection agency, 78 percent of 5.2 million farmers are in a condition of multidimensional poverty. Families move across Mexico to seek work, which affects the dynamic population fluctuations based on the harvest in that town. The average worker makes around 11 pesos an hour, which is equivalent to around $0.59 USD. Even more alarming is that it is not uncommon to see children working in the scorching sun due to poor regulations and pay.

One of the main flaws of Mexico’s policies is that authorities do not regulate them as diligently for smaller farms. Workers rarely receive proper safety equipment and are often in poor living conditions. In addition to their low wages, farmers are, at times, under pressure from cartels in their areas that extort agricultural business. The cartels have established taxes that farm owners must pay in a few states such as Michoacán. While the United States ensures that the U.S. Department of Agriculture examines all of Mexico’s produce, it is incapable of inspecting the working conditions of the neighboring country. This dilemma spans across generations, as the next wave of children might become stuck in a similar position as their parents and face a related situation of wealth disparity. Many of the children grow up working on the same farms and will likely never have the opportunity to experience life outside of them.

It has been nearly two generations since revolutionary civil rights activist César Chávez originally formed his United Farm Workers labor union. One of the key aspects of the success of his campaigns was their ability to increase awareness peacefully. His organization remains intact and continues to advocate for laborers’ rights in California. A similar social movement is necessary for Mexico and the change must come internally for others to hear the voices of the forgotten laborers.

Chavez proved that reform was achievable two generations ago, but his methods are still applicable today. Several organizations, such as the Center for Farmworker Families, give a platform for the difficult lives of Mexican farm laborers and are currently working on projects to increase pay and improve legislation. It is essential for people to be conscious that these conditions not only occur throughout Mexico but the entire world, as people experience exploitation in exchange for lower prices amongst all goods and services as the wealth disparity continues to grow. People must challenge one another to think beyond a product and about the stories of those who helped produce it. It is a reality that those who have a significant role in putting food on the tables of others often have little to none for their own families. It is necessary for people to value human life over materialism and remain conscious of consumption. If humanity can change as individuals and develop compassion for one another, then it can build a better future.