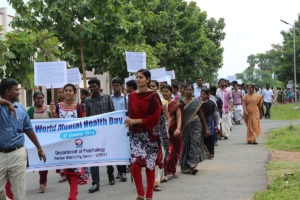 India is home to more than one billion citizens. According to a 2015 World Health Organization (WHO) report, of that billion, 56 million suffer from depression and 38 million have anxiety disorders. When adjusted for population size, India is the country with the greatest burden of mental and behavioral disorders, leading some to call the lack of mental health care in India a burgeoning crisis.

Although India is working to improve the mental health of its citizens, initiatives have been slow going. Some roadblocks to improving mental health are the social stigma, its low priority in the healthcare budget and a shortage of mental health professionals.

One major barrier to improving mental health in India is the social stigma around mental illness. According to a survey by the Live Laugh Love Foundation, of the 3,556 respondents, 47 percent could be considered judgmental of people with mental illnesses while 26 percent were categorized as being afraid of the mentally ill. This study looked at people between the ages of 18 and 45 from different socio-economic backgrounds. Surprisingly, most of the respondents in those categories were well educated and from higher social classes. When asked to describe the mentally ill, many used derogatory terms or harmful stereotypes.

However, 26 percent of the respondents were categorized as supportive of people with mental illnesses. These respondents tended to be younger—between the ages of 18 and 24—and from a relatively lower educational and socio-economic background.

Advocates and activists are also working to destigmatize mental health in India. Recently, India passed the Mental Health Care Act of 2017, which protects the rights of people with mental illnesses so that they are treated without discrimination.

According to a 2015-16 survey by the Bengaluru-based National Institute of Mental Health and Neuroscience, 150 million Indians are in need of mental health care, but only 30 million have access to the care they need. Although India began implementing its National Mental Health Program in 1982 with the goal of integrating mental health care with general care, the rollout has been slow. As of 2015, only 27 percent of the 630 districts intended to have a mental health program had created one. The District Mental Health programs have also struggled with inaccessible funding and administrative issues like an inability to fulfill the required number of professionals for each district.

While this program has struggled, the government has been working on other means of improving mental health in India. In 2014, it began implementing its first National Mental Health Policy, which aims to increase funding for training mental health professionals and universal access to mental healthcare.

A Need for Mental Health Professionals

One way the government of Karnataka in southwest India has been trying to fill in the gap is with community health workers called accredited social health activists or ASHA workers. Though they usually are women who council other women in their communities on pregnancy, breastfeeding and parenting, in 2016, they began training these workers to identify and deal with mental health issues. While ASHA workers can help fill some of the gaps, there remains a need for more specialized care. India’s National Mental Healthcare Policy and District Mental Healthcare Policy is a good start, but for it to be successful, the Indian Government has to be proactive in training mental health professionals.