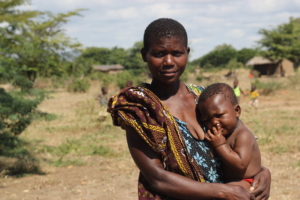 Maternal mortality refers to the death of a woman due to causes related to or aggravated by her pregnancy and/or childbirth. Almost all (99%) of maternal deaths occur in developing countries, and 68% occur in Sub-Saharan Africa alone. The Trends in Maternal Mortality 2000-2017 report is a joint effort by WHO, UNICEF, UNFPA, World Bank Group and the United Nations Population Division. Its statistics showcase huge global health disparities that leave African mothers extremely vulnerable, showing that maternal mortality in Sub-Saharan Africa is a prevalent issue.

The fact that MMR is under 10 in many countries means that current technology and medical knowledge are already capable of reducing MMR to almost zero. The global imperative is to improve health infrastructure and education in developing nations so that they, too, can access services and resources available to protect mothers in the developed world.

Lack of access to health facilities and medical professionals is among the main reasons for maternal deaths. Currently, in Africa, there are 985 people for every nurse/midwife and 3,324 people for every medical doctor. This means that many pregnant women do not receive antenatal, delivery and newborn care, which greatly increases their risk of dying from severe bleeding, infections or other complications. Ensuring that there are accessible and affordable health facilities for all women would eliminate risks of preventable and treatable deaths.

Improving sexual health education is key to eliminating adolescent pregnancies, which account for a significant portion of maternal mortality in Sub-Saharan Africa. Adolescent girls, especially those under 15, have a higher risk of maternal mortality compared to older women. In 2014, there were 224 adolescents per 1,000 cases of pregnancy in the Democratic Republic of Congo – the highest teenage pregnancy rate in the world, followed by Liberia (221) and Niger (204). Improvements in sexual health education would inform young girls of contraceptive options, family planning methods and safe abortion facilities.

Significant efforts have succeeded in reducing maternal mortality in Sub-Saharan Africa. From 2000 to 2017, Sub-Saharan Africa has achieved a substantial reduction of 39% of maternal mortality (from 870 to 533 maternal deaths per 100,000 live births). A significant number of countries in this region have reduced their MMR by more than half, such as Rwanda (79%), Mongolia (71%), Eritrea (63%), Zambia (60%) and Cabo Verde (51%).

WHO has stated that improving maternal health remains one of their key priorities. In 2015, the global health organization launched the Global Strategy for Women’s, Children’s and Adolescents’ Health aimed at ending all preventable deaths of women, children and adolescents. The UN’s Sustainable Development Goal target 3.1, also launched in 2015, aims to reduce global MMR to less than 70 per 100,000 live births by 2030. While the current MMR in Africa is still seven times less than the target, promising results from past and current campaigns indicate that a better future is within reach.