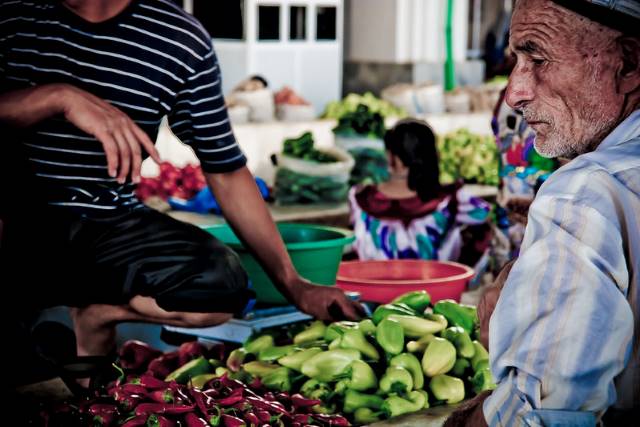 On July 1, 2021, USAID successfully delivered 131 tons of food to Tashkent, the capital of Uzbekistan, to combat malnutrition in Uzbekistan. The almost $400,000 humanitarian aid package provides a “nutritious vegetable and legume mix” to health and social care facilities as well as disadvantaged Uzbek households. The aid is yet another act showing the U.S. commitment to long-term investment in health and nutrition in Uzbekistan.

Since it gained independence in 1991, Uzbekistan has wisely prioritized self-sufficiency in its approach to food security. Although the country has produced sufficient food to cover its population in the past, “food security also encompasses affordable food and a diverse diet that includes essential nutrients.” According to the International Food Policy Research Institute (IFPRI), malnutrition in Uzbekistan lingers because the country lacks adequate standards of balanced and nutritious diets and affordable food options are rare.

The World Bank states that the development of Uzbekistan’s agri-food sector is critical to strengthening food security and reducing poverty in the country. Economically, the agriculture division alone contributes 28% of Uzbekistan’s GDP and is responsible for employing more workers than any other sector. About 27% of the entire workforce, or more than 3.65 million people, work in the agricultural field.

In 2019, almost 10% of the country lived below the poverty line, surviving on less than $3.2 per day. This equates to about 3.2 million people, 80% of which lived in rural regions “with livelihoods that depend largely on agriculture.” For these reasons, USAID seeks to develop and diversify the agri-food sector by introducing new technologies and techniques to local farmers. In the past, Uzbek farmers could not access contemporary data on markets, weather, technologies and farming practices. By supplying almost 100,000 hours of agricultural training “and working with 64 new consulting service providers,” USAID has played a role in a 523% “cumulative increase in farm yields,” raising the income of Uzbek farmers by 107%.

In the last decade, USAID’s International Food Relief Partnership program has supplied 1,300 tons of food assistance to Uzbekistan, amounting to more than $3.5 million in aid. The recent delivery will target more than “30,000 of the most vulnerable citizens” who are most at risk of food insecurity and malnutrition. The aid will cover 130 health and social centers, including mental institutions and orphanages.

USAID Uzbekistan’s mission director, Mikaela Meredith, states, “This program demonstrates the ongoing strong partnership between Uzbekistan and the United States of America to improve nutrition and ensure that the most vulnerable have adequate, safe and nutritious food to support a healthy and productive life.”

The Future of Uzbekistan’s Food Security

Uzbekistan is currently on course to meet the global nutrition targets of reducing child stunting by 40% by 2025. In terms of stunting in children younger than 5, the rate has reduced from 25% in 2002 to 10.8% in 2017. However, not enough data is available to determine how close Uzbekistan is to achieving its 2025 target for stunting. Nonetheless, the country has made progress over the years. The continued assistance from USAID and other international organizations will help develop the agricultural sector, increase food security and combat malnutrition in Uzbekistan.