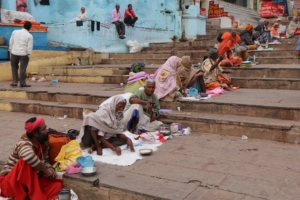 In a nation with the growth potential of India, it is somewhat remarkable to discover that the country has a higher rate of malnourished children than sub-Saharan Africa. This may not be reflected equally across all Indian states, however, taken as a single entity new data compiled by state governments shows that only 65% of Indian children lie within the ‘normal’ category of child nutrition. This data, released by the Integrated Childhood Development Services (ICDS), divides children into three categories for nutrition: normal, mild to moderately undernourished, and severely undernourished. Meaning that 35% of Indian children are on some level undernourished.

Naturally, these figures vary greatly between states, with the state lagging most behind, Bihar, reporting 82% of children being undernourished, including 26% severely. Intriguingly though, the richest states do not necessarily correlate to the most successful in combating child malnutrition. Even in Delhi, nearly half of children are reported as undernourished. This is a reflection of other factors besides income and high growth rates that play a significant role in child nourishment, including public provisions of healthcare, water, and food security.

Despite programs and policies designed to alleviate this issue, a lack of proper governmental supervision and implementation has led to India recording the highest rates globally of stunted growth, malnourishment, and anemia in children. Equally devastating though is that malnourishment not only weakens those who suffer it physically but mentally as well.

A recent global study of children in developing regions showed significant differences in learning ability based on nutrition levels. And where learning is secondary to surviving, malnutrition places youth at a severe disadvantage across the board. And, like physical stunting, there comes a point in a child’s development where it is too late to reverse the effects.

For India as a nation, tackling malnutrition is the first step in improving the outlook of society as a whole.