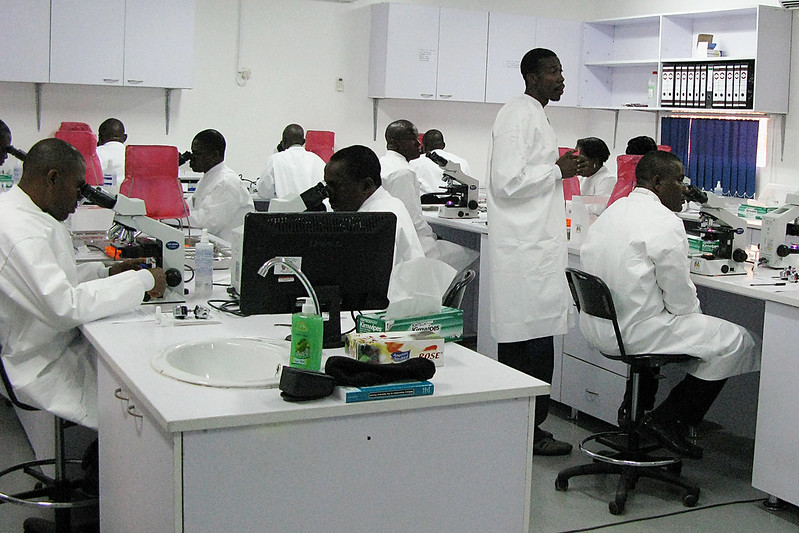 According to the World Health Organization (WHO), “Malaria is a life-threatening disease caused by parasites that are transmitted to people through the bites of infected female Anopheles mosquitoes.” In 2019, nearly half of the world’s population was at risk of malaria exposure. Despite being preventable and curable, there were still a staggering 229 million global cases and 409,000 malaria-related deaths. With a population of around 201 million people at the time, Nigeria accounted for 23% of those deaths. Children under 5 are especially vulnerable and constituted 67% of all malaria deaths in 2019. Though malaria is present in various tropical areas around the world, Africa accounts for 94% of malaria cases and deaths, with Nigeria maintaining the highest percentage of both.

GBCHealth is a partnership of companies and organizations that invest resources into improving global health. The nonprofit encourages its network to use its power and resources to progress the health of society and achieve the United Nations’ Sustainable Development Goals (SDGs) in innovative ways.

One of the organization’s initiatives to eliminate malaria is the implementation of the Corporate Alliance on Malaria in Africa (CAMA). CAMA serves as a platform for African corporations to share successful approaches, create new alliances, gain visibility and advocate for malaria control and prevention across Africa. The initiative also acts as a networking forum for businesses to engage and develop relations with key government and civil society stakeholders whose focus is combating malaria. GBCHealth stated that “CAMA companies both lead and support innovative malaria prevention, control and treatment activities and collectively deploy millions of dollars to programs that serve the needs of malaria-affected people and communities.”

Despite the improvements in malaria control over the past decade, long-term success in reaching the WHO Global Technical Strategy goals for Malaria 2016-2030 is still far off. The 2020 World Malaria Report stressed that countries in Africa continue to struggle to make significant or consistent gains in the fight against malaria. In 2006, Marathon Oil launched CAMA in Nigeria with members such as Chevron, Access Bank, ExxonMobil, The Aliko Dangote Foundation and Vestergaard. The alliance works with global partners, including The Roll Back Malaria Partnership and The Global Fund, to fight AIDS, tuberculosis and malaria. Together, these organizations are making strides in the fight against malaria.

CAMA’s 2021-2023 Strategic Plan aims to improve awareness and scale up prevention efforts through private sector initiatives. The End Malaria Project, a major initiative under the new strategic plan, will increase private sector resources in Nigeria and then expand to other high-burden countries, rescuing 50,000 lives in Africa. The project will further the government’s efforts in achieving a malaria-free Nigeria by 2023 and channel private sector resources and capabilities into reducing the incidence and prevalence of malaria in the most endemic communities in Nigeria.

Although malaria has presented a significant challenge to Nigeria, the country is benefiting from the work of GBCHealth. Through its efforts, Nigeria is well on its way to becoming free of malaria.