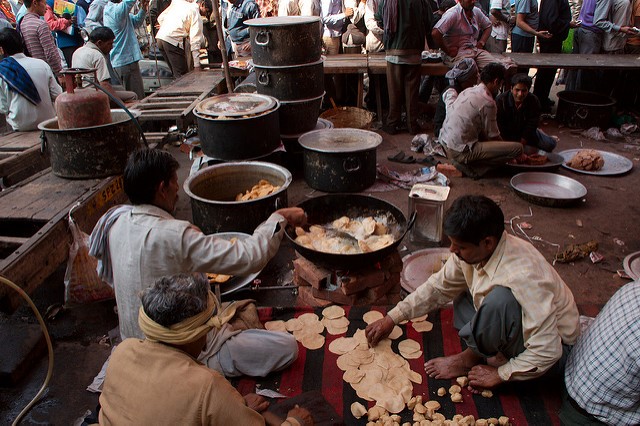 India, a third world country by economic profile, has morphed its morbidity profile to that of a first world nation. Lifestyle diseases in India are cropping up increasingly under the scanner making it a ticking time bomb with an alarming rise in cardiovascular disease, diabetes, hypertension, asthma and respiratory diseases as well as cancers.

Termed non-communicable diseases (NDC), many of these are found to be equally prevalent among the poor. In fact, ongoing studies prove they are increasing among the poorest. Sixty-six percent of the disease burden is borne by lifestyle diseases consequently cutting into the most productive asset of contemporary India- its people.

India has the highest number of diabetics at 50.8 million per the WHO, though only 11 percent of the population has health insurance. This figure, set to increase to 73.5 million by 2025, will include many of the poorest since India has one of the largest populations of the poor. Twenty-five million suffer from cardiovascular disease, 60 percent of the global total.

According to national diabetes expert Dr. Anoop Misra, diabetes is on the rise because the poor make bad and cheaper nutritional choices based on high fat and carbohydrates intake in their diet leading to malnutrition. They forego vitamins, proteins, and micronutrients as carbohydrates push up their insulin resistance and increase sugars. Diabetes is the forerunner to many opportunistic infections- fatty livers, high cholesterol leading to coronary heart disease and organ failures. Overcrowding and bad living conditions also increase stress leading to coronary heart diseases, asthma and cancers. Urbanization makes for a sedentary life leading to greater obesity. Mass migration from rural to urban areas has made it likely that nearly 60 percent of India will be urban by 2030.

One of the biggest problems with lifestyle diseases in India is that a large part of treatment is through self-monitoring and self-reporting. The high level of ignorance and lack of education about the ramifications of food and lifestyle choices amongst the urban poor leads to these diseases having the worst impact on them. Data collection in India is negligible and there is a large quantum of underreporting and underestimation among poorer patients.

India spends 4.2 percent of its GDP on health for its population of over a billion people. In comparison, Germany spends 11.3 percent for its relatively small population. Per capita spending on health amounts to 34 euros per person whereas in Germany it is over 4000 euros. Eighty percent of health care in India is dominated by the private sector. As a result, the poor become almost invisible for health care providers, leading to undetected and untreated morbidity.

Lifestyle diseases in India require prolonged treatment for a lifetime, including lasting changes in lifestyle. Without better and more consistent healthcare services being provided for the poor, NCDs could be the next big epidemic wiping out large parts of the Indian population.

Do Sanctions Actually Make a Difference? Poverty in Montenegro
Scroll to top