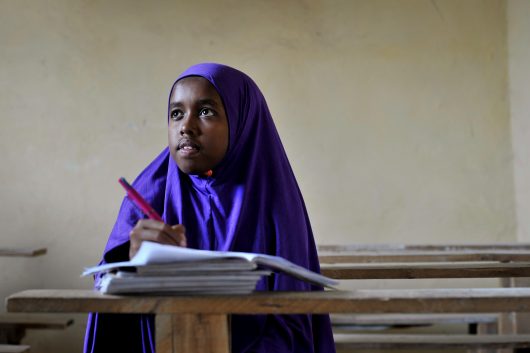 Equality. To some, it is merely a word, and to others, an idea. However, to the millions of girls throughout the world who are prevented simply based on their gender from receiving equal education, it is a movement.

In response to this, many associations, organizations and programs are created to end this unnecessary fight against adolescent girls and their right to attaining a quality education. As each contributes in its own corner of the world, there is one that is determined to assist the entire globe.

On the International Day of the Girl, the U.S. government-led initiative known as Let Girls Learn announced an astounding investment of more than $5 million in new private sector commitments.

Assembled by both President Barack Obama and First Lady Michelle Obama, the program strives to eliminate the vast barriers and obstacles facing young girls around the world from attaining equal and quality education.

Established in March 2015, Let Girls Learn hopes to accelerate the speed at which all girls obtain a quality education. Since its creation, the program has provided more than $1 billion dollars worth of new and ongoing programming in more than 50 countries.

The platform works directly with a multitude of government departments, including the U.S. Department of State and the U.S. Agency for International Development (USAID), to effectively engage civil society and governments around the world act.

With the assistance of the Peace Corps, volunteers are able to identify obstructions limiting adolescent girls from attending schools, while USAID is focused on increasing access to quality education by empowering girls.

Additional programs, companies and organizations contributing to the fight for equal and quality education for girls everywhere include The World Bank, Girl Starter, Let Girls Lead and more.

Moving forward, Let Girls Learn plans on continuing its efforts until the last girl presently prevented from obtaining equal and quality education is put into school.