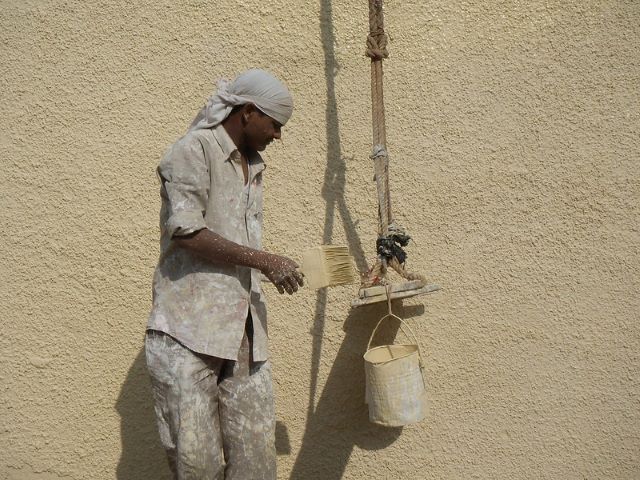 On October 6, 2020, the Lead Exposure Elimination Project (LEEP) publicly announced its launch online. The startup, which was incubated through Charity Entrepreneurship and identifies as an effective altruist organization, aims to address the absence of potentially high-impact lead paint regulations in countries of low and moderate wealth.

Lead poisoning poses a serious public health hazard to a number of populations around the world, disproportionately impacting children raised in low and middle-income countries. As a toxicant that accumulates over time, the World Health Organization (WHO) reports, human bodies distribute lead to the brain, liver, kidney and bones. Because lead is toxic in any quantity, its ingestion can simultaneously damage multiple systems in a person’s body.

“Lead attacks the brain and central nervous system to cause coma, convulsions and even death,” according to the WHO. “Children who survive severe lead poisoning may be left with mental retardation and behavioral disorders… Lead exposure also causes anemia, hypertension, renal impairment, immunotoxicity and toxicity to the reproductive organs.” All effects of lead poisoning are considered irreversible.

As an organization affiliated with the utilitarian “effective altruism” movement, which seeks to maximize the direct impact of modern philanthropy, LEEP describes lead paint regulation as a high-priority issue that addresses “substantial health and economic costs.” Around one in three children globally, almost 800 million, have blood lead levels high enough to cause permanent neurodevelopmental damage, according to a report that UNICEF published on July 30, 2020. Lead poisoning is responsible for one million deaths and 22 million years of healthy life lost each year.

Lead poisoning is considered a neglected issue in effective altruism circles. The only method of avoidance is prevention, yet common sources of lead poisoning like consuming water contaminated by lead pipes and inhaling lead particles generated by burning leaded materials or stripping leaded paint, have still not been regulated against in many areas of the world.

To address these risks, LEEP’s primary mission is to advocate for lead paint regulations in countries where lead poisoning imposes large and growing public health burdens. Among the variety of common lead sources, it focuses on lead paint because it “may be the most tractable source of exposure to address and the easiest to regulate.” Among other considerations, eliminating lead paint is a non-partisan issue that is economically feasible for manufacturers and lacks a significant opposition lobby in almost all countries.

Beginning in Malawi, LEEP plans to launch advocacy initiatives in countries where lead paint regulations have the highest potential for impact. Immediate work will consist of testing lead levels in new paints on the market and building political connections in Malawi, with the hope of encouraging anti-lead legislation in the future. LEEP’s broader plan considers similar initiatives in Madagascar, Sierra Leone, Burkina Faso and Guatemala.

As of May 2020, the WHO reports that 39% of countries have regulations in place controlling the production, import, sale and use of lead paints. Africa, South Asia, South America and the Middle East are all regions where a significant proportion of countries do not have such regulations.

The Future of LEEP

LEEP was co-launched by duo Jack Rafferty, founder and director of the Refugee and Policy Institute, and Lucia Coulter, a medical doctor from the University of Cambridge with clinical and research experience. Charity Entrepreneurship provided LEEP with a $60,000 seed grant to jump-start the organization’s work. LEEP is currently seeking donors, in-country staff members and advisors with connections in target countries to reduce the effects of lead poisoning globally.