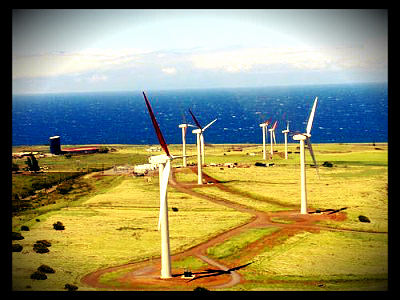 Kenya is pushing a number of initiatives that could improve its green footprint, as well as its economy. In efforts to fight climate change and enhance development, Kenya, in the last ten years, has begun to implement a number of green initiatives that could have major benefits in the future. Kenya, in support of going green, has even added constitutional requirements to protect the environment.

One of these initiatives, entitled the Lake Turkana Wind Power project, is a very large proponent of wind-power.  In fact, this wind-power project is the biggest in the entirety of Africa. It is set to begin operating this year and is predicted to bring about 2,500 new jobs, as well as protect the environment. This alone is a great success for Kenya. And the Lake Turkana Wind Power project keeps on giving. The creation of an alternative energy source means lower energy costs, making it easier to produce goods and making services cheaper.

Green energy and power sources are desperately needed in Kenya, where polluting fuels, such as coal, are the current energy sources. Currently, 80% of Kenyans utilize wood-based fuels for their daily needs. This leads to a lot of waste going into the environment, as well as waste as tons and tons of trees are cut down and only a portion are used in the creation of charcoal.

Finding alternative fuel sources and coming up with the funding necessary to build farms like the Lake Turkana Wind Power project – which is 100% privately funded – is helping Kenya in their move towards being green and creating social equity. A lot of the benefits of such projects require long-term maintenance and support; yet they are important in making Kenya stronger economy.

Violence in Myanmar Continues to Spread What is our Return on Investment for USAID?
Scroll to top