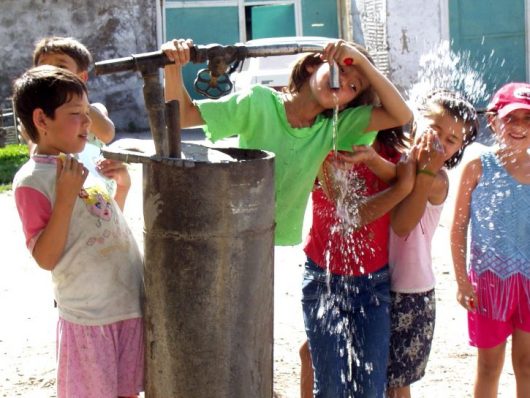 As the recent host of Expo 2017, Kazakhstan continues to show positive potential for economic development, a concept once thought to be as foreign as independence. Despite its relatively new presence in the global market, the Kazakhstan poverty rate has consistently been improving.

Kazakhstan, a Central Asian country of around 17 million people, is familiar with economic strife. In 1991, following the collapse of the Soviet Union, Kazakhstan gained independence from the communist regime. However, independence came with the cost of creating a new system of government, a new economic foundation, and a post-Soviet culture. As a result, the Kazakhstan poverty rate became a severe problem during the transition.

After the Soviet Union’s loss of control over the land, those who had once worked for the Soviets were now without employment. Many others saw opportunities for employment due to the country’s need for leadership and government work, like social services. It was those in agrarian communities that suffered the most during this transition, because they did not have access to the benefits and employment opportunities in the more urbanized regions. The Kazakhstan poverty rate was unstable as the country began establishing its own presence in the international community.

Fortunately for the Kazakhstanis, the tensions of the post-Soviet period did not last. Since the early 1990s, Kazakhstan has been and is continuing to experience notable economic growth, with much of the success being credited to the mineral and oil-rich areas of the country. In the last few decades, the majority of years have seen increased economic activity and consistent rises in the national GDP (gross domestic product). According to some analysts, the poverty rate was cut in half during the late 1990s and early 2000s and the national GDP saw upwards of 500 percent growth.

However, it is equally important to note that while economically the country is experiencing numerically positive transformations as a whole, the rich-poor gap is a real problem, leading to millions of Kazakhstanis still making less than half of those in the capital city, Astana. In 1996, the World Bank estimated a third of Kazakhstanis to have lived on less than the subsistence minimum, or a working minimum wage.

As of 2017, the World Bank is projecting an accelerated economic growth pattern in light of higher oil prices and an increase in production. It is expected that the country will see about a 3 percent growth per year in the over the next three years as the oil industry continues to recover from recent recessions. Now, the Asian Development Bank estimates that only 2.7 percent of Kazakhstanis are living below the national poverty line, one of the lowest rates in Central and West Asia.

Kazakh president Nursultan Nazarbayev and other Kazakh leadership are aware of the current state of poverty and its loosening grasp on Kazakhstan. Since breaking from the Soviets, President Nazarbayev’s concentration has been on stabilizing the country’s economy and composing it in a way that allows future growth to come naturally. Legislation has aided Nazarbayev’s vision by cutting taxes and relaxing trade restrictions to spark international interests.

According to a recent U.N. Development Programme report, unemployment and low income remain the primary causes of poverty in Kazakhstan. The World Bank has reported in the last year that one of the least utilized, but most promising, economic activity generators lies where the most impoverished lie, too – the agricultural industry. It is estimated that about 15 percent of Kazakhstan remains unused arable land. The benefits of engaging this natural resource would directly address the issues of unemployment and would also aid in diversifying the country’s economy. Even though the Siberian climate remains unpredictable and potentially harsh, the agricultural industry still outpaces the rest of the economy.

Other industries, such as tourism, are currently being fostered. Astana and other oil-rich cities are attracting intense focus for urban development. In addition to recently hosting Expo 2017 in September, the cities’ development has been primarily about turning the sparsely populated country into a hotspot for tourists in that area of the world. For example, the Khan Shatyr shopping center was built with an enclosed beach on the property, so users can enjoy the amenity even during the infamous Siberian winter months.

With a perspective considering both the past Soviet control and the hope for a future of market-savvy presence, Kazakhstan is taking steps towards eradicating poverty within its borders. Since gaining independence, the country’s leadership has consistently made strides toward utilizing its available resources as a means to make progress for all Kazakhstanis. As the oil industry continues to grow, and as Kazakhstan earns its place on the map of energy producers, it is likely that poverty’s grasp will continue to loosen.