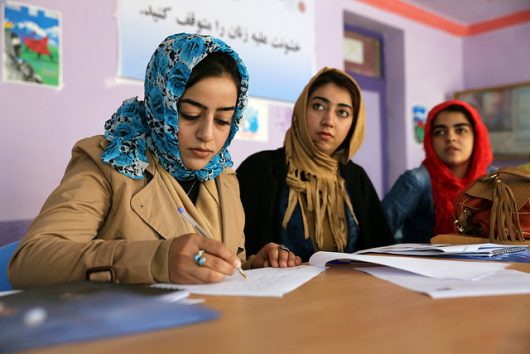 Various studies show that free press and independent journalism in developing countries is crucial to promoting progress. But, this feat is often difficult to achieve.

The Pros and Cons of Independent Journalism

One of the benefits of pluralistic and independent media is increased transparency, which allows citizens to hold their governments accountable. According to UNESCO, it is only “when journalists are free to monitor, investigate and criticize a society’s policies and actions can good governance take hold.”

Credible information also promotes discussions about issues that are critical to a country’s development. Allowing people to access and contribute to credible and independent media can even lead to economic, social and political empowerment. In order to reduce poverty, it is important to provide poor and marginalized people with reliable information as well as platforms where they can voice their stories and struggles.

However, journalism in developing countries poses additional challenges. Reporters face threats and harassment from corrupt governments, militias or local gangs. In addition, they often have low salaries and have to work for politicized media outlets.

This lack of freedom prevents journalists in developing countries from objectively criticizing policies and vocalizing the needs of the marginalized communities. Both of these are necessary to empower citizens and hold governments accountable.

The Current Issues in Journalism in Developing Countries

In the Democratic Republic of Congo (DRC), around 80 percent of major media outlets are owned by or affiliated with politicians. These politicians use the media as their own source of political propaganda. The salaries of journalists are directly linked to the content of their articles, so the political owners get to dictate what is reported.

Furthermore, journalists in the DRC often face physical harm if they criticize the government or local militias. Those that do report on the rampant human rights abuses and corruption are in danger of being arrested, beaten or killed.

Unfortunately, the danger journalists face when reporting the astounding information is not uncommon. Earlier this year, a conflict between the Nicaraguan government and protesters led to censorship and intimidation. Journalists who critiqued the government faced online and physical threats. The police, military and some government supporters have stolen equipment and footage, shut down media websites and have even physically attacked and killed some journalists.

One journalist, Josué Garay, shared how two men broke into his house, threatened and beat him and stole his phone, wallet and personal documents. He and some colleagues had been threatened at gunpoint a month earlier while reporting on the protests. Other journalists have had similar experiences. An unknown government supporter even burnt down a radio station.

The 2018 World Press Freedom Index cites an overall decrease in the free press and increased hostility and censorship of journalists across the globe. North Africa and the Middle East were ranked as the worst regions for journalists. This was partly due to the wars in Yemen, Iraq and Syria, but other countries, such as Egypt, are also incredibly dangerous for independent media.

But determined journalists are finding innovative solutions to the pressing problems of the free press. In Liberia, journalist Alfred Sirleaf understands the importance of access to information.

Misinformation, Sirleaf claims, contributed to the Liberian Civil War. The country used to suffer from a repressive regime, as Sirleaf describes: “It was difficult in the past … because of what you publish, people come after you.”  Many Liberians cannot afford radios and newspapers, so for several years now, Sirleaf has been reporting the daily news on a big blackboard in the center of Monrovia.

By providing free and independent information, Sirleaf’s “newspaper,” The Daily Talk, promotes dialogue and can help prevent future conflicts. In 2014, the blackboard spread credible information and prevention strategies about Ebola.

Bringing Independent Journalism to All

The thirst for independent journalism in developing countries is growing. Around the world, journalists continue to hold their governments accountable and tell the stories of marginalized people despite the high risks and low salary. Because of this high demand for good reporting, media outlets from wealthy countries are holding workshops and trainings for their counterparts in developing countries. The journalists receive training in basic reporting skills as well as more specialized areas.

For example, by teaching journalists how to report on business and economic issues, these journalists are able to provide more analysis and skepticism to their work. Previously, the stories were taken directly from the statements of politicians.

The Global Press Institute is another exemplary training program. It aims to boost the type of journalism that tells of everyday “stories of entrepreneurship, human rights and education,” according to Forbes. The program has found the best way to do this is through women, who play a more stable and long-lasting role in their communities.

Based in 26 countries, the training program has no language or education prerequisites. Many enrolled women have not even finished the seventh grade. But in the past, after graduating from the program in about six months, all the women were hired as journalists. Through this program, The Global Press highlights the voices of communities that are often ignored, empowers local women and continues to forward the important mission of independent journalism in developing countries.