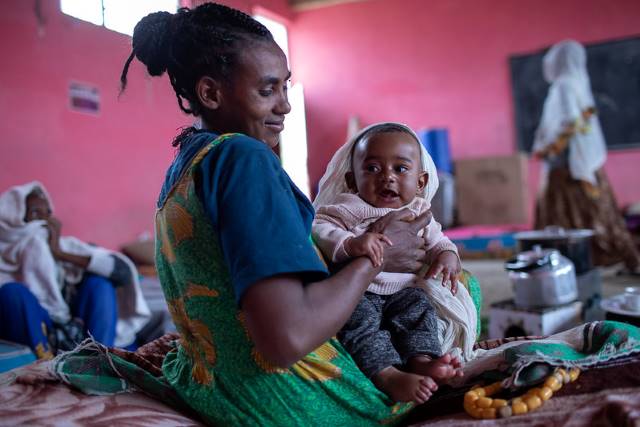 At the northernmost border of Ethiopia is the Tigray Region that stretches for more than 19,000 square miles. Tigray is home to about seven million Tigrayans, an ethnic minority that accounts for only about 6% of the country’s population. The region is now experiencing a humanitarian crisis that requires urgent aid. U.S. involvement in the Tigray Region aims to end the conflict and protect the human rights of Ethiopians.

Decades of conflict regarding the self-determination of the Tigrayan population boiled over in 2020 when Prime Minister Abiy Ahmed postponed the election due to COVID-19. The Tigray People’s Liberation Front (TPLF), a leftist party in control of the regional government, deemed this an “unconstitutional extension” of Ahmed’s term and held elections anyway.

The Ethiopian government declared the election void, leading to an outbreak of violence between the two sides. As the Ethiopian government and the TPLF wage a war against each other, an unprecedented humanitarian crisis has arisen. Ethiopian forces have killed thousands of people in indiscriminate shootings. The conflict has left more than two million people displaced as of January 2021. The violence on the part of the government has been described as a “campaign of ethnic cleansing.” This crisis has caught the world’s attention, with the U.N. and other international organizations working to address it. However, U.S. involvement in the Tigray Region also aims to bring resolution.

The US Takes Action

On May 26, 2021, President Biden released a statement on the crisis in Ethiopia. Biden urged Ethiopian leaders to work toward “reconciliation, human rights and respect for pluralism.” Furthermore, Biden called for a ceasefire, citing a warning from the U.N. Office of Humanitarian Affairs “that Ethiopia could experience its first famine since the 1980s.”

The administration has also implemented visa restrictions targeted at Ethiopian and Eritrean officials responsible for the conflict. The restrictions press for the resolution of the conflict. U.S. involvement in the Tigray Region involved months of failed diplomatic talks between Ethiopia and the U.S. The administration heeds warnings that further action may be taken if Ethiopia does not take steps to address the humanitarian crisis. The actions could include halting U.S. security and economic assistance and possibly leveling sanctions against Ethiopian officials.

In March 2021, Secretary of State Antony Blinken announced that additional humanitarian assistance of $52 million would be provided to the region. This brings the total of U.S. aid to the region to nearly $153 million since the beginning of the crisis. The aid aims to help nearly 4.5 million people in the region in need of shelter, healthcare, food, water, sanitation and hygiene services.

The concerns of members of Congress call for greater U.S. involvement in the Tigray Region as well as greater involvement from the international community. An op-ed by Senator Bob Menendez and Congressman Gregory Meeks called attention to the tragedy unfolding in the region. Menendez and Meeks call for more decisive action to be taken to address the Ethiopian crisis.

The representatives suggest that the U.S. lead “an international arms embargo on the Eritrean regime.” The U.S. should also implement “targeted economic sanctions” and “must oppose the assistance from international financial institutions that would flow to the Ethiopian government.”

On May 28, 2021, Representative Karen Bass introduced H.Res. 445, titled “Condemning all violence and human rights abuses in Ethiopia.” The bill calls on “the Government of Ethiopia and the Government of the State of Eritrea to remove all Eritrean troops from Ethiopia.” The bill also calls for other armed groups to cease hostilities and uphold the human rights of Ethiopians while allowing humanitarian access to provide aid.

As the crisis continues, U.S. involvement in the Tigray Region continues to be a topic of discussion. Both the Biden administration and U.S. Congress will have to move forward with policy decisions to ensure meaningful action and outcomes. Every action from the U.S. and other international actors will ensure that the fundamental rights of Ethiopians are protected.