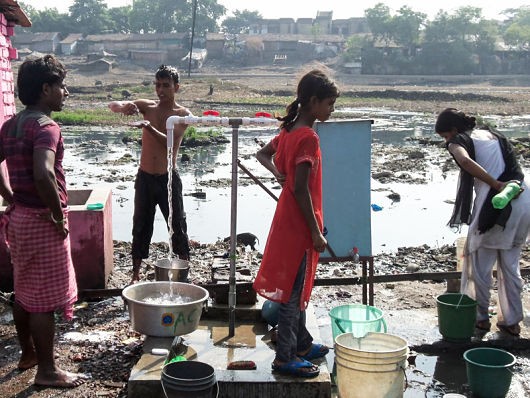 As many under-developed countries begin to enter the global market, the struggles their people face are becoming increasingly apparent. Luckily, an amazing NGO called Innovation Countdown 2030 is seeking to fund ideas today that may save the developing world tomorrow.

Innovation Countdown 2030 (IC2030) is an NGO that is mainly focused on advancing global health. In collaboration with PATH, one of the leading innovators in global health, IC2030 has created “a platform to identify, evaluate, and showcase high-impact technologies and interventions that can transform global health by 2030.” The ideas that they have supported include technologies that will add vitamins to rice, long-lasting injectable contraceptives, and devices that can help newborn baby’s breathe better. All of these ideas were the result of massive crowd-sourcing efforts and will inevitably help the world towards reaching the United Nations Sustainable Development Goals (SDGs). People from all over the world submitted their ideas and a panel of expert’s selected 30 innovations which they believed could feasibly change the world in the next 15 years.

For years, innovation has been focused on development. From new types of tractors all the way to robot vacuums, technology development has been focused on developing a better life for those living in developed countries. As the years have gone by, people have become increasingly aware of how reliant we are on one another and the importance of bringing up the developing world in order to benefit the whole world. We are living in a time where children still die from completely treatable diseases and malnourishment, but what if there was a way to provide a sustainable form of nourishment, and a reliable place of medicine? What if people no longer had to worry about basic survival and could instead focus on innovation of their own? This is the philosophy behind many development and global health NGOs, presumably including IC2030, and is one that can only lead to a more prosperous global community.

Much of IC2030’s work focuses on pregnant women and their newborn babies as in line with the SDGs. One invention in particular, a uterine balloon tampon, is predicted to save the lives of over 150,000 pregnant women. The idea was developed in the United States in Massachusetts General Hospital and essentially utilizes water pressure to prevent hemorrhaging in a mother who have just given birth. This device is made out of a simple condom and a catheter and can be filled with water to create pressure. It is low-cost and highly effective, making it an ideal candidate for IC2030’s top 30 devices.

Several of the innovations included on IC2030’s list have already been utilized in more rural areas of Africa and have already begun to save lives. The organization is being led by PATH and has received funding from the Bill & Melinda Gates Foundation, the U.S. Agency for International Development, as well as the Norwegian Agency for Development Cooperation.

Hopefully this organization gains more support, but so far it has succeeded in carrying out its goal of saving lives and promoting innovation throughout the world.