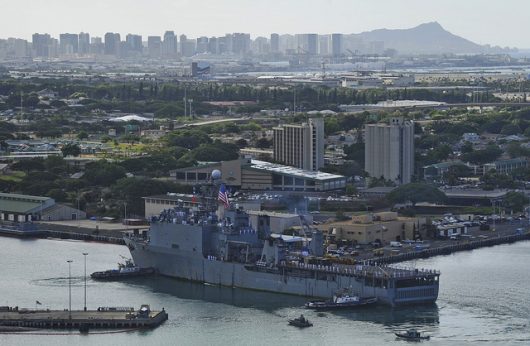 More than half of Kiribati’s population relies on the South Tarawa Road to connect the western Betio seaport, the eastern international airport and Bonriki. The road has not been rehabilitated since the 1970s, making it a dangerous route for travelers.

Heavy rain and increased traffic have caused large potholes to form, and travel along the road becomes particularly slow, uncomfortable and dangerous after rain. Tarawa has seen an increase in upper respiratory illnesses due to the excessive dust that collects along the road during Kiribati’s dry season.

The government has recognized the need to improve infrastructure in Kiribati by establishing the Kiribati Road Rehabilitation Project. The project involves the cooperation of Kiribati’s government, the World Bank, the Asian Development Bank and the Australian government.

The project has rehabilitated over 32 kilometers of the South Tarawa Road and upgraded six kilometers of secondary roads. Improved drainage, solar street lighting and road signage have been added to the road. Footpaths and pavement markings have also been installed to increase pedestrian safety.

Improved road infrastructure in Kiribati increases safety and reduces costs for drivers and pedestrians. Kiribati’s government aims to ensure that the road will last by supporting routine maintenance through local contractors. The local contractors will be trained to clean the drainage system, clear the roadway, fill potholes on unsealed roads, report potholes on sealed roads and maintain signage.

The Kiribati Road Rehabilitation Project is the largest economic infrastructure investment in the country since World War II. Its projected completion date is June 30, 2018. The completion of the upgrades will go a long way towards improving the daily lives of Kiribati’s people.

Rebuilding Soil to Build Sustainable Agriculture in Andalusia Education a Focus of Infrastructure in St. Vincent and the Grenadines
Scroll to top