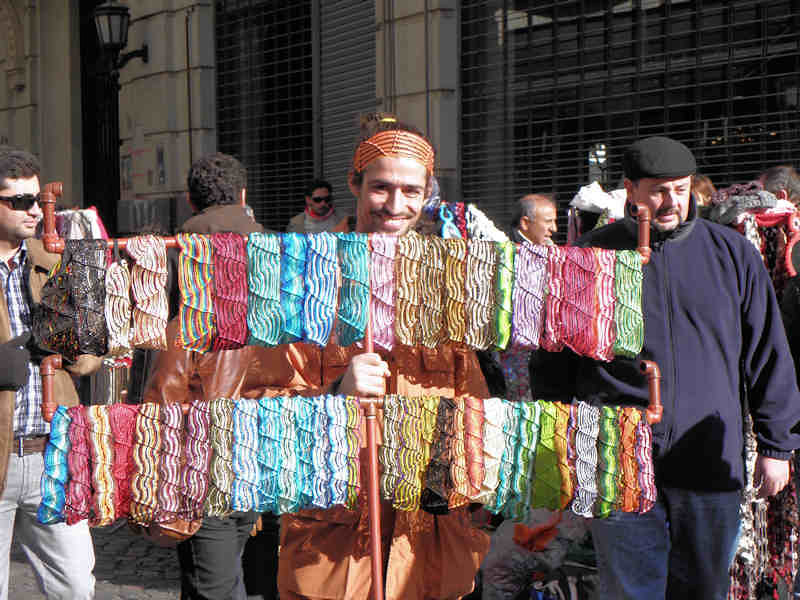 Informal economies are a global phenomenon that often goes unmentioned by popular media. From street vendors to unregistered employees in sweatshops, informal workers make up a large portion of a country’s labor. Informal employment refers to workers who engage in labor that is not taxed or registered by the government. Informal economies are popular because of the opportunity to access wealth. While many see informality as a chance for upward mobility, there are many downfalls to this sector which are clearly visible in the case of Argentina.

Argentina has one of the largest economies in Latin America as it has vast natural resources in energy and agriculture. As of 2020, their GDP stood at 450 billion U.S. dollars and the country had significant advantages in the fields of manufacturing and tech industries. While Argentina’s numbers stand strong compared to other countries in the Americas, a closer look into their labor shows a different picture of their economy. In 2018, informal employment was 48.1% of total employment in Argentina. While many in Argentina find that informal employment is the only option for financial survival, this sector brings about serious issues for both individual workers and the larger economy.

The push factors to join the informal economy of Argentina differ based on one’s purpose in this sector. For employers, cheap wages are a major reason to seek unregistered workers. Informality markets itself as a money-saving business model. For workers, informality does not present itself as an option but as a means for financial survival. Argentina’s market does not offer many jobs in the formal economy, leading employees to grab at whatever positions are available.

The link between informality and poverty is hard to explore. Questions remain over whether informality causes higher levels of poverty or if poverty leads to higher levels of informal employment. The World Bank team in Argentina has developed a two-year program to analyze the causes and consequences of informality in Argentina. In their study, it was found that informal work appears to be the most common type of employment among workers in poor households, but the degree and direction of causation are more difficult to determine. Whether poverty causes informality or informality causes poverty is uncertain. The program is finding that prior to Argentina’s economic crisis, the increase in poverty rates appeared to be driven by an increase in poverty among informal households. Such statistics confirm at least a correlative link between the two issues. This serves as evidence for why issues with informality should be at the forefront of anti-poverty efforts.

Informal economies pose several consequences for the welfare of workers and the larger market economy of a country. On the side of workers, informal employment is an opportunity that comes with many risks. The biggest obstacle with informal economies is the recognition of worker’s rights. Given that these workers are not registered, organizations do not have the responsibility to uphold necessary protections. In Argentina, the Confederation of Popular Economy Workers estimates that only approximately 20,000 workers, or about 0.3%, have acquired labor rights so far.  This 0.3% comes from a total of 7.2 million informal workers, thus showing that many of these persons lack access to health insurance, pension, and protection against labor accidents. Consequently, informal workers often find themselves at the margins of society as their work fails to secure a stable income.

Informality also poses a threat to the overall economy of a country. In a personal interview with Dr. Jeronimo Montero Bressan, a full-time researcher for the National Scientific and Technical Research Council in Argentina, he explained the ways in which the informal sector affects the rest of the country. Informal employment is a subsidy to the private sector. Most informal employment falls in the hands of private companies that produce subcontracting chains. This way informal workers can work under formal companies.

For Dr. Montero Bressan, while many come to have a romantic view of informality, the reality presents a chain of exploitation and an overall risk for the livelihood of the rest of the country. Dr. Montero Bressan has attested that because informal workers receive little money, wages will likely diminish throughout the entire economy, thus serving to motivate this type of employment. He has also said, “So, you tell people you won’t hire them because you could get the same labor for half what you pay them.” Informal economies do not just have an effect within a certain sector but come to influence the economy of the entire country. Without stronger regulation, everyone will stand at a loss as the value of labor falls with companies being able to ignore worker’s rights.

What is the response?

As Argentina sees stable numbers in the informal economies, efforts to reform this sector continue to fall short. According to Dr. Montero Bressan, the government of Argentina has done little to improve the rights of informal workers. In recent years, fines for specific sectors were blanketed, preventing companies from being fined when they leave workers unregistered. From his perspective, Argentina has weak labor laws that can provide little security. Dr. Montero Bressan has stated that if one were to be fired from an informal job, the employer could be taken to trial, however, the only likely result would be compensation. Such compensation gives laborers some value for their work, however, one-time compensation will not fix the problem of informality. Employees will find themselves back in poverty and seeking informal employment once the compensation runs out.

Informal employment generates consequences from the very beginning as worker’s rights are denied. For Argentina, the informal sector poses an extensive problem for both informal workers and the larger economy as informality decreases wages in the country. The informal sector has a strong connection with poverty as this means of labor is generally common in poor households. This sector, however, is not sustainable and the government of Argentina must respond by providing protection for workers and holding companies accountable for failing to register their employees.