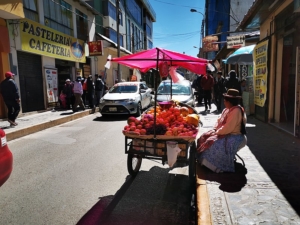 The informal economy is a fluid area of work that people may drift in and out of. Certain companies may live in both the formal and informal job sector as well. The International Labor Organization (ILO) distinguishes between the informal sector and informal employment, stating that the former is an “enterprise-based concept and is defined by the characteristics of the enterprise in which workers are engaged” while the latter occurs on a case-by-case basis regarding the employee’s relationship to the enterprise. For example, some companies operate within the formal sector but hire certain employees “informally.”  In other words, one can define the informal economy as “firms and workers that stand outside a country’s tax and regulatory systems.”

It is important to note that the informal economy is not synonymous with the black market or the underground economy. Additionally, the informal market is not necessarily illegal. However, many countries do not mandate the social benefits and protections included in the formal economy. Informal work can include a variety of jobs including street vendors, subsistence farmers, seasonal workers, industrial workers and others. Given this characterization, below are nine facts about the informal economy in Latin America.

9 Facts About the Informal Economy in Latin America

Informal work remains an ambiguous topic requiring more research. Nonetheless, it is important to keep in mind that the informal economy is not inherently bad. While many struggle because of their informal work, they often cannot afford the costs of transitioning to the formal sector. For instance, one may deem small businesses that have under 10 workers as informal, and therefore, they would not have to pay social benefits, thus saving them money. In other words, in some circumstances, informal workers may require additional support, but would not necessarily benefit from transitioning into the formal sector.