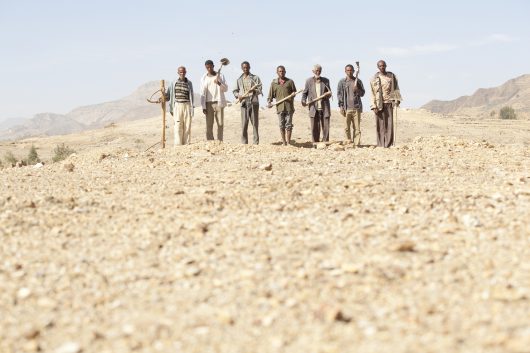 The African country Ethiopia, one of the world’s oldest civilizations, is also one of the world’s poorest countries. On top of that, the nation suffered its most sluggish period of growth in 2015 due to ongoing social unrest and a devastating drought. And so, to enable the nation to become a middle-income country by 2025, an ambitious plan has been set to construct 17 agro-industrial parks in Ethiopia.

The main challenges for Ethiopia are sustaining the economic growth it achieved and accelerating poverty reduction, which can best be done by creating more jobs and therefore expanding the work sector. The industrial parks in Ethiopia plan to do just that. The parks are a part of the second phase of the government’s Growth and Transformation Plan (GTP II), which will run from the 2015/16 year until 2019/20.

In the first year of GTP II, the government constructed two parks, both of which have created a much-needed influx of jobs. The first, Bole Lemi I Industrial Park, has created over 11,000 job opportunities and has exported products that have a value of 20 million USD. The other, Hawassa Industrial Park, also created jobs for over 60,000 citizens and is expected to export products valued at one billion USD per year. The government is expected to build an additional three parks in Mekele, Combolcha and Adama this fiscal year.

Industrial parks are known to have a great role in expanding a region’s manufacturing sector and tapping into their local talent. The idea to develop industrial parks in Ethiopia was modeled after those in Asia and Eastern Asian countries such as China, South Korea, Singapore, Malaysia and Vietnam.

The hope is for the parks to create an influx of jobs for the youth in Ethiopia as they did in other countries, which is an objective of utmost importance in GTP II. Luckily, among the total job opportunities created in the parks, 85% are covered by women and youth, and disabled citizens also have an opportunity to find work. By the time the parks are completed, Ethiopia’s working class will include the full range of the population.

These 17 agro-industrial parks in Ethiopia could be the first step to promoting investment, tapping into the country’s potential and laying the groundwork for a sustainable economy.