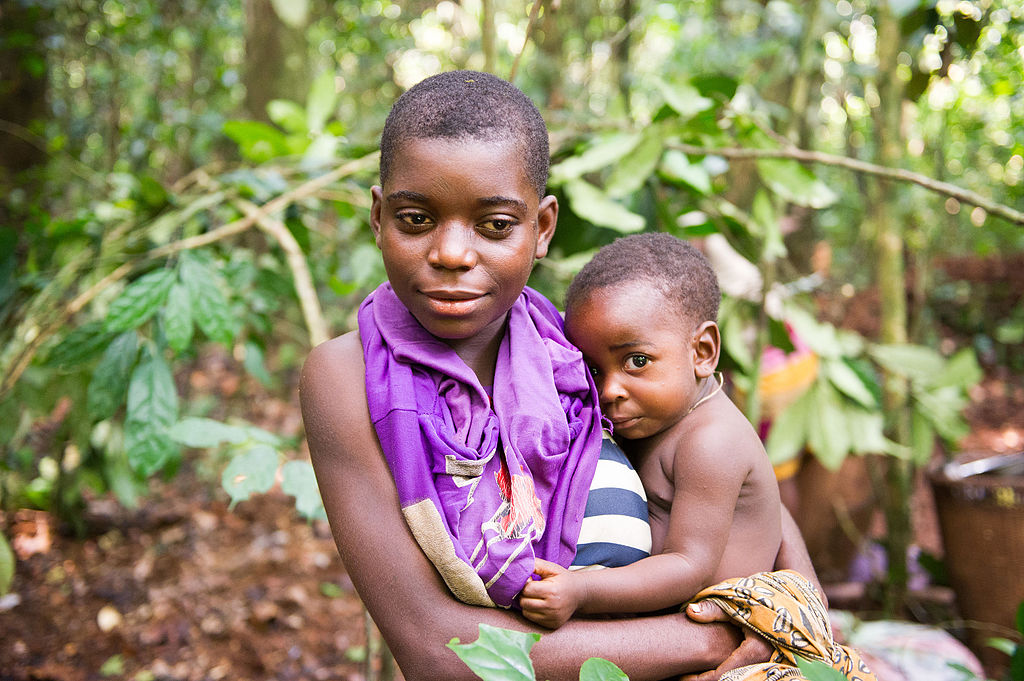 Notable for their short stature, “Pygmies” or the African Rainforest Hunter-Gatherers are a group of ethnic minorities living in the rainforests of Central Africa, most commonly in the Congo Basin. “Pygmy” is a hypernym to refer to various ethnic groups that reside in the Central African rainforests. In the Democratic Republic of Congo (DRC),  the term “indigenous peoples” refers to the Mbati, Batwa and Baka. Indigenous people of the Congolese rainforest consider the term offensive. The DRC is home to around 60% of this indigenous population. According to University College London, Manchester Metropolitan Museum and the University of Malaga, an estimated 960,000 indigenous peoples belonged to this ethnic group in Central Africa in 2016.

Discrimination: Extreme Poverty and Corruption in the Workplace

The African rainforest indigenous people have historically faced oppression in their homeland. In fact, other ethnic and rebel groups ostracize them. In 2011, the Agence-France Presse revealed that the Bantu people of the Congo have been exploiting Pygmies as properties or slaves. In fact, many only saw them as ‘pets’ or extensions of their own property.

Due to rapid modernization, the indigenous people of the Congolese rainforest must abandon their traditional ways of living in exchange for the lowest paying jobs available. Due to their inhumane wages, many do not receive adequate nutrition. When these indigenous people must find work outside of the rainforest, they frequently become ill due to sudden changes in their lifestyle. In 2016, reports determined that working indigenous children received moonshine or other addictive substances instead of money.

Congolese rebel forces are often the culprits behind acts of violence and murder against the Mbati, Batwa and Baka people. In 2003, the United Nations confirmed that the indigenous rainforest people of the DRC have suffered rape, killing or being eaten. One of the most notable instances is the Effacer le tableau, an operation that the Movement for the Liberation of Congo led. Its main goal was to exterminate the Bambuti people of Eastern Congo. The Bambutis experienced mass murder in the span of a few months between 2002 and 2003. The rebels even ate some of the Bambutis due to the belief that ‘Pygmy’ flesh contains supernatural powers. In total, about 60-70,000 total indigenous people experienced killing, which was about 40% of the indigenous population in the eastern Congo region.

In 2017, the ICCN (Institut Congolais pour la Conservation de la Nature) fatally shot a young Congolese Batwa boy named Christian Mbone Nakulire. These guards received an assignment to manage protected regions of the Congo. After this tragic incident, the Batwa people have unsuccessfully pleaded for their right to ownership of their land as they believe that is the only way to prevent future deaths of their innocent people.

Fight for the Forgotten

Former Greco-Roman wrestler and MMA fighter Justin Wren has founded the Fight for The Forgotten initiative. Justin Wren met the Mbuti people of Congo in 2011 and lived with them for a year. Wren, who received the name “Efeosa” (the man who loves us) by the Mbutis made it his mission to help the marginalized community. Fight for the Forgotten has drilled 86 wells, freed 1,500 enslaved pygmies, aided 30,300 overall villagers, granted 3,048 acres of land and provided sanitation and agricultural training. Wren believes that justice for these indigenous people is possible if they “acquire their own land, access clean water, and develop sustainable agriculture” as these three factors aid in ending the cycle of continuous poverty and discrimination.

Currently, the organization is helping the Batwa people of Uganda by providing them with their own land, building wells for clean water, constructing various buildings and educating on agriculture, along with providing literacy training and much more. People can donate to its website, fightforthefortten.org, and even obtain the opportunity to start their own fundraiser to help the cause.

This charity organization is attempting to end the World Wildlife Fund’s (WWF) conservation zone project in the Congo Rainforest. Some have accused the WWF of hiring park rangers who have abused and murdered multiple Baka villagers. According to Survival International, eco guards have instigated many accounts of abuse against the Bakas. In 2017, WWF eco guards whipped Baka men, women and children while they crawled on the ground. In 2018, four Baka individuals received accusations of hunting elephants and eco guards beat them although there was no concrete evidence of poaching. Two of those Baka men experienced unlawful arrest and went to prison.

To this day, the Baka people live in daily fear as eco guards frequent their communities to physically abuse villagers and burn down homes. Survival International fights to protect the Baka people as the WWF has continuously denied these abuse cases. Leaked WWF reports have shown major discrepancies between the internal reports on the violence against the Baka people, and the statements it has made publicly.

People can contact the embassy of the Democratic Republic of Congo to express concerns for the Congolese indigenous rainforest people and give suggestions on how things can reform and change. Contact information exists on its website.

Although the indigenous rainforest people of the Congo Basin continue to face extreme economic hardships, violence and ethnic issues, others are beginning to hear their voices. Change and reform, despite its difficulty, is starting to look like a possibility. Hope is not bleak for the indigenous people of the Congolese rainforest, and the light at the end of the tunnel is slowly but surely getting brighter.