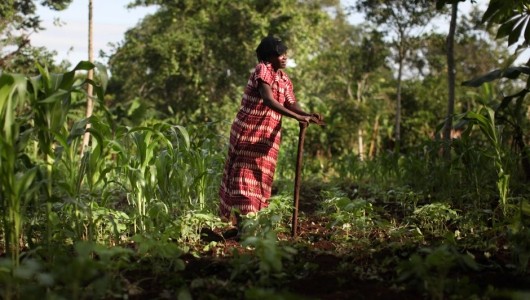 It is no mystery these days that scientists have told Africa to brace itself for potentially devastating impacts of global climate change, and that the rural and the poor are likely to be hit the hardest. However, recent findings reported at the UNESCO scientific conference in Paris last month proposed that these rural areas, and the native farmers and pastoralists who live there, may actually be the most prepared to respond to a changing climate.

Benoit Hazard, an anthropologist from Institut National des Sciences Humaines et Sociales in Kenya researching resilience in East Africa, thinks the indigenous knowledge of local agriculturalists has already prepared them to adapt to sudden climate changes–and Hazard thinks this knowledge ought to be more widely implemented.

“We have traditional societies with specific knowledge to link things with ecological conditions, who know where water sources are and how to adapt. They need to be supported to mix their knowledge with agriculture practices,” said Hazard.

According to the research findings, those practicing more traditional farming methods tend to be much more sensitive to ecological changes, like drought for example. They also understand how to change their practices in order to not only adapt for themselves but to also not overburden the natural resources.

In addition to understanding how to utilize natural resources in a sustainable way, farmers who practice this type of agro-ecology, most often invest in a variety of agricultural products, such as livestock, crops, and the use of pollinators. Mixing these resources in a way that blends with the natural ecology of the landscape creates agriculture that has a higher chance of adapting with its environment.

Hazard suggested at the UNESCO conference that these traditional practices needed to be taught and encouraged more broadly and that combining new agricultural advances with the indigenous knowledge that has allowed East Africans to succeed in such a harsh climate is key to surviving potentially harsher future climates.