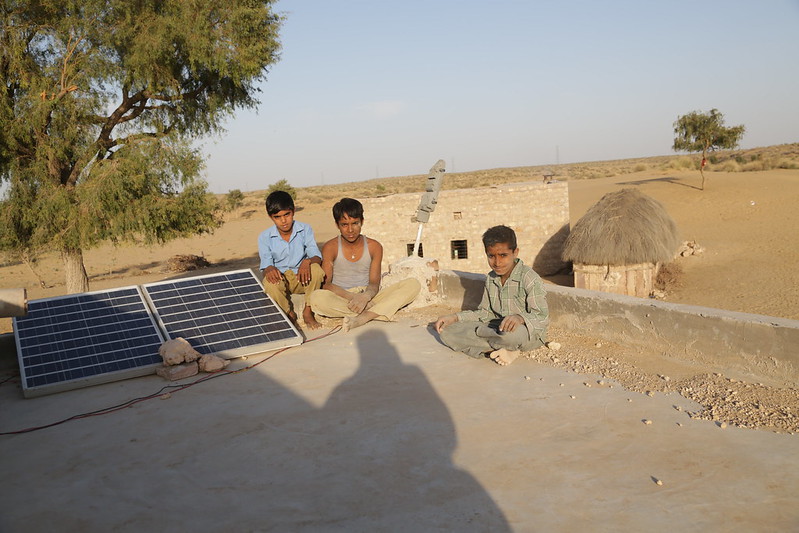 In October 2022, Indian Prime Minister Narendra Modi announced Modhera as India’s first solar-powered village. Despite being a small remote village in Gujarat, residents within Modhera are now living a higher quality of life due to technological advancements. Modhera is well-known for its Sun Temple, located on the bank of the Pushpavati river. However. now, with a modern twist, the village will also be famous for its solar-powered grid. “Whenever there will be talks of solar power, Modhera will be the first name to emerge,” said Modi, according to The Tribune India.

According to the World Bank, 98.5% of India’s rural population had access to electricity in 2020. However, high costs of electricity make power unaffordable for low-income households. However, in Modhera, the solar-powered grid allows a cost-effective electricity supply for villagers.

This solar project in Modhera received financing from the federal and provincial governments of about $10 million. The funding provided more than “1,300 rooftop panels for residential houses and government buildings.” Modhera has solar panels installed on the roofs of dwellings, education facilities, bus stops, parking lots and even the Sun Temple grounds. The solar power grids provide for daily needs, even after dusk, and also provide a surplus that can be stored for future use.

When the generated electricity from solar power outweighs the amount used by the residents, residents can sell extra unconsumed electricity to power utility companies. In this way, the government helps the residents to earn additional income. Besides having to pay little to nothing for electricity bills, the residents greatly benefit from the income arising from selling surplus electricity.

Stable electricity has allowed many to strengthen their livelihoods by increasing productivity in the workplace. For instance, a part-time tailor, Reena Ben bought an electric motor worth about $25 to run her sewing machine, Euronews reported. The abundance of solar power electricity allows her to sew a few more items of clothes every day. Through the additional income from selling extra electricity, another tailor, Praveen Bhai, plans to buy a gas line and stove to upgrade from the wood-fired stoves that produce excessive smoke and reduce the air quality.

Local farmers are greatly benefiting from low electricity bills and can now save that money or put it toward education endeavors or other living costs. Kailash Ben, who earns a small income through farming, saves around 2,000 rupees($25) every month, which she uses for daily expenses and her children’s education.

For Gujarat, India’s first solar-powered village Modhera represents progressive steps toward sustainability and self-sufficiency. Modhera is India’s first solar-powered village, but it is certainly not the last. Every resident benefits in a multitude of ways from solar power grids. Even the famous Sun Temple, which is dedicated to the Sun God, now relies on solar power to run its 3D light shows, light up premises and provide electric vehicle charging stations. By incorporating technological advancements to keep its centuries-old cultural monument functional and provide electricity to all, the village is one step closer to achieving self-sustainability. Now Modhera is a role model for neighboring villages, cities and many other nations. The solar-powered village not only lights the path for a green India but also raises the quality of life for citizens.