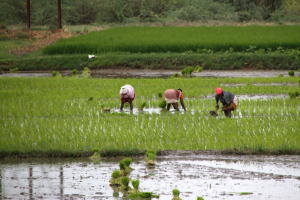 The Indian Ministry of Agriculture has banned 27 pesticides that are known to be dangerous. A number of studies found that those who work closely with pesticides (such as farmers, pesticide applicators and crop-duster pilots) suffer an increased risk of a variety of diseases/illnesses relating to the neurological, behavioral, reproductive and developmental systems. These illnesses include leukemia, lung cancer and non-Hodgkin’s Lymphoma. As a direct result, 20,000 people die of pesticide poisoning annually in India. However, that does not account for the diseases that pesticide poisoning can lead to. Even those who are not directly related to the agricultural industry are exposed to dangerous pesticides through run-off that contaminates water sources, including drinking water. India’s ban on dangerous pesticides will lead to a major decrease in unnecessary health problems. Many farmers have admitted that they don’t have a proper understanding of how pesticides work or how to even use them correctly. As one farmer, Balbir Singh reported, “Some people use pesticides without understanding why hoping that their crops won’t die…We know we are killing our land and our people.” India’s ban on dangerous pesticides will eliminate this problem and ensure the safety of agricultural workers, as well as the general public.

Pros and Cons of Pesticides

India’s ban on dangerous pesticides is also expected to benefit the economy. The 27 banned pesticides have been outlawed in Europe and the U.S. That makes it more difficult for these countries to import crops from India in the past. However, now India is following the European Union’s guidelines for exporting crops. Individual farmers will be able to export more crops, promising an economic benefit to India’s ban on dangerous pesticides.

Many are worried about the possible negative effects of India’s ban on dangerous pesticides. Pesticides ensure crops will not be destroyed by insects, therefore allowing a maximum number of crops to be harvested and sold. Three-quarters of the Indian population work in agriculture, so a decrease in crop production would devastate the country.

However, in 2003, the small Indian state of Sikkim eliminated the use of all pesticides. The state became healthier overall and introduced price caps on produce to keep prices affordable for consumers. Wildlife flourished and in turn led to better farming land, promising higher crop levels. Compared to the rest of India, farmers using pesticides have destroyed farmland by depleting the soil’s nutrients. Sikkim serves as a model to the rest of India, proving that farmers do not need to worry about the ban of pesticides having a negative impact.

India’s ban on dangerous pesticides promises an improvement of the health, environment and economy of the country. With the organic food market growing by 25% per year, India’s steps towards agricultural improvements bring hope that more countries will be inspired by these positive changes.