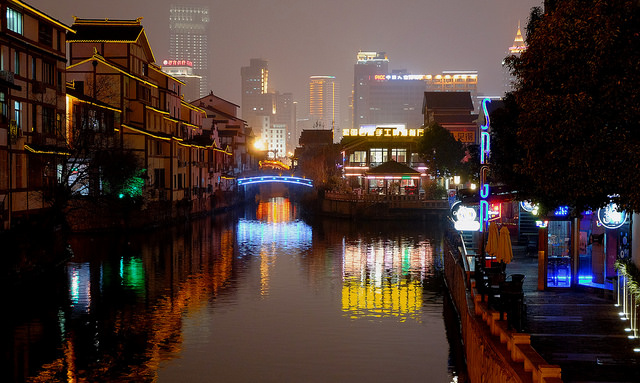 The banking system in China went through great reforms in the mid-1990s and 2000s. The Bank of China, Industrial and Commercial Bank of China, China Construction Bank and Agricultural Bank of China are the big four, and rank among the largest banks in the world.

Consumer credit has experienced rapid growth since the market economy began in-depth reforms in 1998. It is common for individual home buyers to seek extended mortgage loans, which are currently among the best assets in commercial banks of China. The use of credit cards is also increasingly popular. However, for national banking systems and policy regulators, there are quite a few challenging issues for improving credit access in China.

In 2015, the World Bank reported that about 79 percent of adults in China had at least one bank account. Central bank credit information systems have information on more than 21 million entrepreneurs and nearly a billion customers. Bank loans are becoming more popular among rural families. Due to the considerably high rate of account penetration in China, financial infrastructure urges fast development.

Furthermore, China is expected to continue reducing financial leverage. The Central Bank has a series of loans and bonds for poverty alleviation, which also provide financial support to the rural disadvantaged groups. For banks of China, reforming rural credit cooperatives and developing new types of financial organizations should be strongly supported, as they are a significant force for inclusive finance.

While China has made substantial progress in inclusive finance, some issues still require further concern. Central Bank governor Xiao-Chuan Zhou has expressed his worries on three systematic financial risks: the credit risk in micro-finance, the high-leveraging ratio and liquidity in the economy and the cross-market and cross-regional shadow banking associated with financial crimes.

Last but not least, some financial exclusion issues caused by de-risking cannot be ignored. For instance, a few large cross-nation banks closed some outlets in Africa due to insufficient support on operations in those regions, which could cause some negative impacts. Advancement of digital technology on credit access in China may help to mitigate the derisking pressures.

While improving credit access in China received strong governmental support, the national banking systems and financial regulations are still far from perfect. Besides the nationwide scheme on “social credit” by 2020, a variety of other measures to promote investment and reduce risks on financial products must also be regulated.

2021 Promises Prosperous Development Projects in ZambiaWhat is a Senator?
Scroll to top