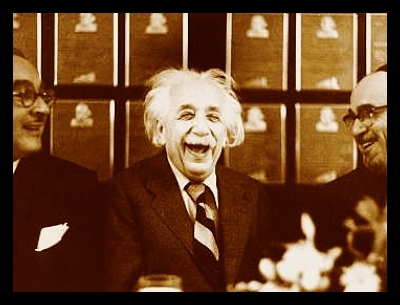 The current debate surrounding immigration centers largely on their potential detrimental effect on a country (ironically, it is often forgotten that America, one of the most powerful countries in the world, was built on the backs of immigrants.) Anti-immigration lobbyists claim they leech culture, take jobs, bleed welfare, and contribute little in return. Contrary to these arguments, there have notable refugees and immigrants in the past who have contributed a great deal to their adopted country; economically, culturally, and scientifically. One such refugee was Albert Einstein.

Though he worked in Princeton, and spent much of his famous academic career there, for much of his youth and at the start of his illustrious career, Einstein lived in his homeland Germany.  As a Jewish German, Einstein was forced into exile after the rise of the Nazis.

Though he himself was admitted to the United States during a time of great political turmoil, and after he had already established himself, the ‘Einstein’ argument is one that is present in immigration reform discussions today. Many state how America’s current immigration policy is exclusive and backwards, and the media focuses on the cost of immigration rather than the potential benefits. Einstein is one of many non-Americans who have contributed significantly to the country – others include Marlene Dietrich (actress), Mikhail Baryshnikov (ballet dancer) and Claude Lévi-Strauss (anthropologist). Einstein himself was an advocate for immigration, himself working in aid of individuals seeking asylum in the United States.

The Wall Street Journal picked up on Einstein’s story recently in an op-ed by Darrell West, where he stated: “Today, we need to think about a new “Einstein Principle” for our immigration policy. It would make brains, talent and special skills a priority. The point is to attract more individuals with the potential to enhance American innovation and competitiveness, increasing the odds for economic prosperity and rising living standards for all down the road.

At a time of high unemployment, the most pressing need is for more innovators who will start new businesses and create high-paying jobs. We’ve certainly done so successfully in the past.”