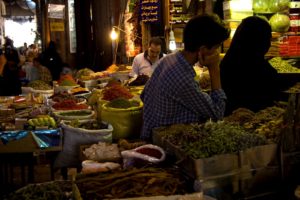 The Syrian Arab Republic is a country in the Middle East that has a rich and unique history going as far back as 10,000 years ago. More recently, political instability led to the Syrian civil war which has created a humanitarian crisis that extends far beyond its borders. It has been nearly a decade since the Syrian civil war first began in 2011. The U.N. approximated that over 13 million people in Syria were in need of some type of humanitarian assistance. Over 5 million people seek asylum in the surrounding countries of Egypt, Iraq, Jordan, Lebanon and Turkey. In the wake of the COVID-19 pandemic, hunger in the Syrian Arab Republic soared to the forefront of the humanitarian crisis.

Nearly one-third of Syria’s population is dealing with food insecurity partly due to an increase in food prices. The COVID-19 lockdown measures and the collapse of the Lebanese economy have caused food prices to increase by 200%. This makes them 20 times higher than they were before the civil war. Additionally, Syria’s local currency has been devalued by two-thirds. Consequently, people cannot afford to buy available food.

Efforts to Alleviate Hunger in the Syrian Arab Republic

It is evident that hunger in the Syrian Arab Republic is the result of a combination of factors following the eruption of the civil war. International organizations and NGOs dedicated their resources to help the Syrian people, especially as COVID-19 threatens much of the progress that the country has previously made.