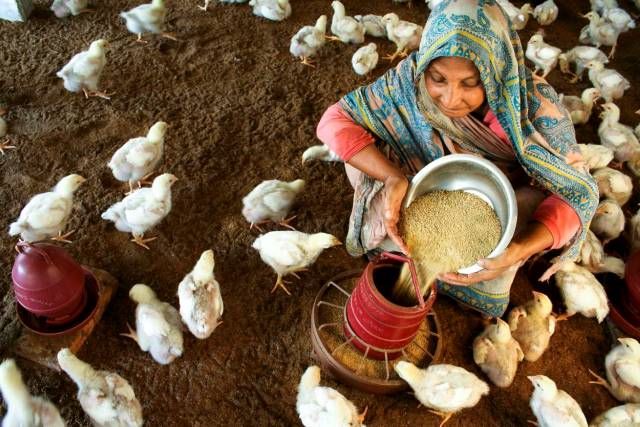 The Maldives, a series of islands bordering both India and Sri Lanka, has faced increased obstacles with food security and hunger. With a population of 515,696 citizens, it is estimated that over 10.3% are battling with hunger. However, increased efforts have been made to combat this rise in hunger in the Maldives.

With various scattered islands in the Maldives, it must be noted that a majority of citizens live in urban areas. However, despite this setting, 17.3% of children in the Maldives are underweight while 10.6% are wasted — a condition where a child’s muscle and fat tissues dissolve away to the bone.

It is also estimated that 36% of babies are not exclusively breastfed in their first six months of life, leading many to not receive the necessary nutrients to develop. This heavily contributes to serious health problems in the future.

In addition to the youth being affected by malnutrition, it must be noted that the adult population is also facing a malnutrition burden, with 42.6% of women of reproductive age having anemia.

Causes of Hunger and Poverty

Food insecurity in the Maldives points towards a variety of factors. A recent cause is resultant poverty caused by a lack of tourists. It is estimated that tourism accounts for two-thirds of the nation’s GDP. However, recent border closures due to COVID-19 have severely impacted citizens on a national scale. With one-third of adult males and a quarter of females engaged in tourism-related occupations, thousands have lost their jobs, making it harder for people to provide food and other basic necessities for their families.

Another factor that contributes to hardships is the decline of exports in the fish sector. With fishery accounting for another large portion of the nation’s GDP, many families who depend on fisheries as their main source of income have experienced serious financial impacts.

Despite the increased rates of hunger among the Maldivian population, organizations have stepped up to aid the needy. A prominent organization is the Food and Agriculture Organization of the United Nations (FAO), which has dedicated itself to developing both fisheries and agriculture in the Maldives.

The main course of action for the FAO was to reassess the situation in the Maldives and open opportunities to grow the fishery and agriculture sector. Through promoting a stable framework, the organization enabled thousands to enter new jobs in the agriculture industry while accelerating demand for certain goods.

Another course of action was teaching sustainable practices to hundreds of Maldivian farmers. By helping with smaller-scale farms, FAO was able to heavily accelerate growth, boosting production in underprivileged communities. The FAO also helped equip farmers to thrive during climate change. The organization provided farmers with knowledge and methods to increase the productivity of their crops, livestock and fisheries in the face of adverse climatic conditions.

Despite great aid from the FAO, the Maldives continues to face problems in feeding the entirety of its population. Organizations like the FAO can help in the short-term but the Maldives needs government assistance to see long-term change. For the Maldives to see a reduced hunger rate, the government must act alongside nonprofit organizations to increase food security in the country. With the help of NGOs and the Maldivian government, the overall hunger rate in the Maldives can be reduced.