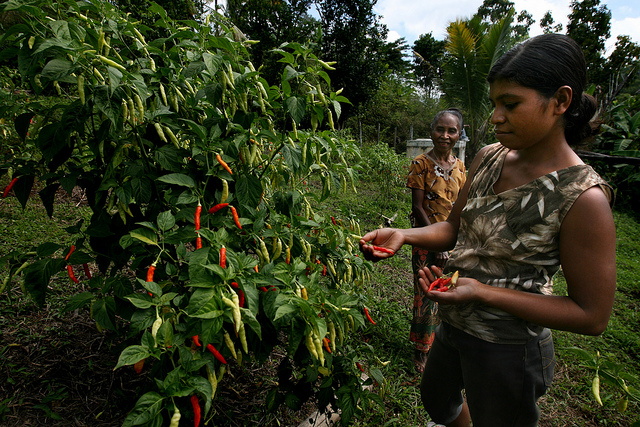 The situation in Timor Leste (East Timor) has been characterized by war and oppression for decades. In 1975, after Portuguese colonialism finally abdicated control of the region, there began a brutal war between the people of Timor Leste and neighboring Indonesia.

The war resulted in a 24-year Indonesian occupation of Timor Leste, and a cumulative death toll of 200,000 people – nearly one-quarter of the current population. Throughout the country’s occupation, there were guerilla movements working to remove Indonesia from power. However, the final decision to leave Timor Leste to its own devices came after a change of leadership occurred in Indonesia and U.N. intervention.

The Timorese voted for independence in 1999 – the result was a 78 percent majority. Unfortunately, the vote was far from respected. Those who did not wish to be independent of Indonesia instigated yet another insurgency against the majority of Timorese, necessitating more direct United Nations involvement. Finally, in 2002, after two years of U.N. Peacekeeping presence, full independence was attained.

However sweet this victory may have been, it did little to alleviate the problems of poverty, malnutrition and hunger in East Timor. Hunger is arguably the country’s most urgent problem. It affects nearly 100 percent of the population.

In 2010, 57.7 percent of children under the age five were classified as stunting, a term used to describe the condition of weighing too little for your height. Other indicators of malnutrition, such as wasting and generally being underweight, are prevalent, indicating that the situation is dire.

One of the many organizations working to mitigate the effects of hunger in East Timor is Oxfam Australia. The work they do is primarily aimed at educating the public, generally women and children, about the effects of malnutrition and specific ways to increase their family’s consumption of important nutrients.

In classes that they term “supplementary feeding courses,” they demonstrate how to cook nutritious meals, process fresh food so it lasts longer and which ingredients have the highest protein content.

This program, coupled with the organization’s efforts to work with local farmers on improving agricultural yields for their farming cooperatives, has been a formidable attempt to arm Timorese communities with life-saving nutritional and agricultural knowledge.

Hunger in Ukraine: Corruption in the West, War in the EastEnding Child Marriage Could Reduce Global Poverty
Scroll to top