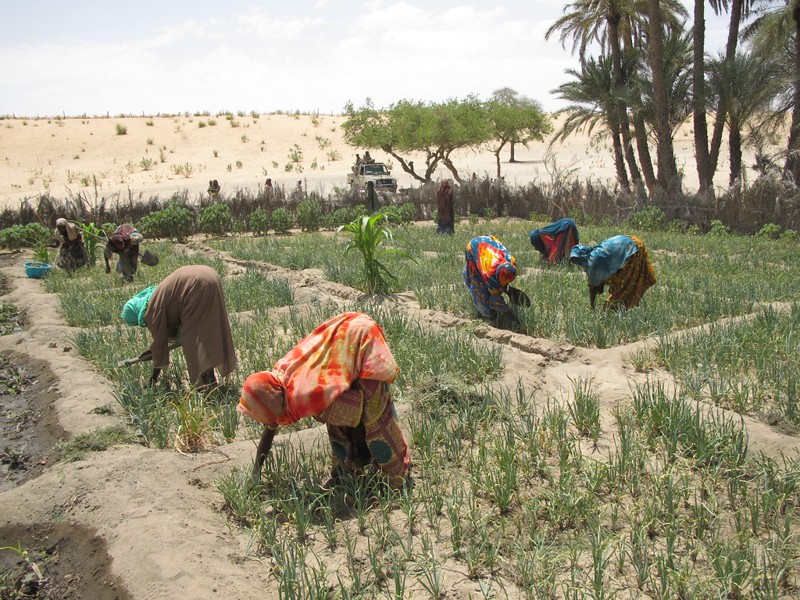 Chad, a country in Central Africa, has one of the highest rates of hunger in the world. The country gained independence in 1960, and has struggled with political instability and conflict with surrounding nations ever since. These issues, paired with drought and climate change, have caused widespread hunger in Chad.

Lake Chad sits on the borders of Chad, Nigeria, Cameroon and Niger. The lake is used to support 30 million people in the surrounding regions who depend on the water source for agriculture, fisheries and livestock. However since the 60s, droughts, overuse and climate change have shrunk the lake down to 90% of its original size. This has caused millions in the Lake Chad region to suffer from food insecurity.

This, along with armed conflict in neighboring countries, has led to more than 100,000 internally displaced persons (IDPs) in Chad. It has also contributed to an influx of hundreds of thousands of refugees from other central African countries. This puts significant strain on Chad’s scarce resources and has resulted in 66.2% of the population living in severe poverty. Additionally, the crisis places 4.3 million Chadians in need of humanitarian aid. Although humanitarian efforts are occurring in the Lake Chad region, millions of Chadians still face hunger daily across the country.

The Famine Early Warning Systems Network predicts that this year’s growing season will produce “stressed levels of food insecurity” across regions disrupted by displacement and conflict. This includes the millions affected by drought and conflict around Lake Chad. The U.N.’s Children Fund (UNICEF) also found a 20% increase in children below the age of five who suffered from severe acute malnutrition in 2019 compared to the year before. This means a predicted 1.8 million young children in Chad may suffer from acute malnutrition in 2020.

The 2018 National Nutrition Survey recorded that 13.5% of the global population endures acute malnutrition. This number, however, is much larger in Chad. The UN’s Office for the Coordination of Humanitarian Affairs (OCHA) reports that 4.5 million of Chad’s 14 million citizens face food insecurity. Furthermore, OCHA reports that 991,000 Chadians are severely food insecure. This means 7% of Chadians face severe malnutrition as a result of political instability, armed conflict from neighboring countries and the desertification of Lake Chad.

In response to widespread hunger in Chad, USAID’s Office of Food for Peace, the U.N. World Food Program and non-governmental organizations work together to provide services for the most vulnerable. UNICEF administers treatment to children with severe acute malnutrition, provides vaccinates for the measles and distributes learning materials. In 2020, they aim to support pregnant and breastfeeding mothers with supplements. They also seek to continue their work treating children with severe acute malnutrition.

After three years in the Lake Chad region, Doctors Without Borders announced that living conditions for IDPs have greatly improved. The organization also stated that locals have begun slowly returning to their home villages thanks to development programs set up by aid agencies. This is an optimistic improvement and a step in the right direction to ending hunger in Chad. However, the aid cannot stop as hundreds of thousands of Chadians and refugees still depend on humanitarian aid.

Great work is being done to end hunger in Chad and support the 10 million people affected by the Lake Chad crisis. However, as of December, the International Organization for Migration found that at least 170,000 IDPs still remained in Chad. The hunger crisis in Chad needs increased aid to battle the rise of acute malnutrition in children and help all those whose livelihoods the Lake Chad crisis affect.