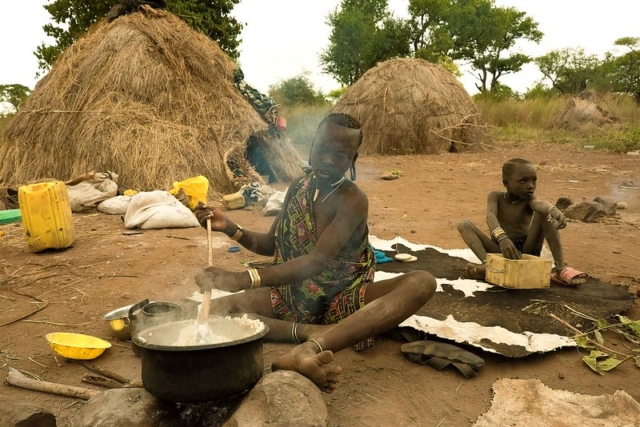 World hunger has been on the rise for the third year in a row, with nearly 10 million more people without enough food to survive on. Hunger in Africa is especially prevalent, where over 25 percent of the population suffers from some form of food insecurity.

There are many factors that play a role in why some areas of Africa suffer from food insecurity. While poverty is a key factor, environmental issues such as drought, desertification, overpopulation and ongoing conflicts are all contributing issues. These issues inhibit the creation of a stable food source. Therefore, the lack of food stability is a key contributor to hunger in Africa. However, a new and innovative digital solution is joining the fight against hunger in Africa.

Jeremy Hodara and Sacha Poignonnec founded Jumia in 2012, which is an online marketplace for clothes, technology and other commodities. The website has quickly gained the reputation of being the Amazon of Africa, because of its similarity to Amazon in operation and magnitude.

The website created a service, Jumia Food, that delivers fresh food to citizens and businesses alike in 11 African countries. The service aims to reduce food scarcity in Africa by offering a reliable source of food to select countries.

Services like Jumia Food are common in the United States. For example, the services Imperfect Produce and Farm Box Direct, offer the delivery of fresh produce to people’s homes. These companies act as a way to promote sustainability and lower food waste in America; however, Jumia Foods also offers a way to maintain a healthy diet from a safe and reliable source of food.

Jumia Food offers basic food necessities that people can normally find in supermarkets, as well as the delivery of restaurant foods, alcoholic beverages and an assortment of commodities, such as electronics and beauty products. Jumia employed delivery drivers to deliver all orders by bike.

While not a continent-wide solution to food insecurity, Jumia Foods has great potential for those with an internet connection in Africa. The ongoing conflicts in a number of African countries and the fact that the majority of Africans live without a car make trips to a local supermarket a difficult endeavor. This is especially the case for those who live in rural regions far away from a supermarket or grocery store.

Despite this, most of Africa is still without connection to the internet. This difficulty currently hinders the impact of the service. Less than 12 percent of the world’s internet users are located in an African country and only around 13.5 percent of Africans have internet access. However, telecommunication in Africa is growing at a rapid rate. In 2018 alone, the number of internet users in Africa increased by 20 percent.

The internet is a great solution to help reduce hunger in Africa because of the potential to connect remote parts of any country to a reliable food source. As internet usage in Africa continues to rise, this will hopefully reduce food insecurity. With services like Jumia Foods and the potential to connect thousands of customers to their local supermarket, enormous progress is in the future.

Jumia Foods cannot provide food to the most impoverished corners of Africa yet, but the business is nonetheless a futuristic solution that will help provide food to many African consumers. With every additional country that the service expands into, it will create more delivery driver jobs. Further, food insecurity may reduce through this innovative new solution to hunger in Africa.